U.S. Democratic presidential hopeful Andrew Yang has laid out his plans for crypto regulations in the country as part of his technology governance policy statement.

Yang is reportedly looking to strike a balance between robust regulation and creating an enabling environment for crypto and broader tech scene to thrive in America. This is after, he also recently called for online poker to be made legal across the US.

Several stakeholders in the U.S. virtual currency scene have decried the fragmented nature of the country’s crypto regulations, calling for a more consolidated governance infrastructure.

Others have issued dire warnings that the U.S. may fall far behind the likes of China in the race for control of the emerging digital landscape. 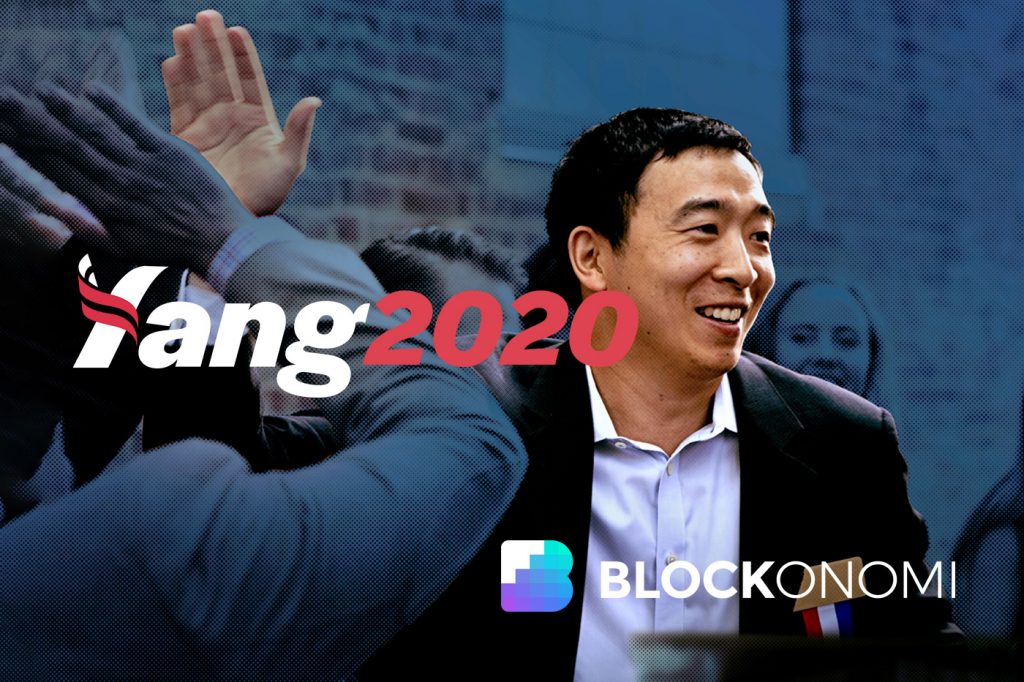 According to Yang’s policy statement, the lack of robust regulations is majorly responsible for the spate of crypto-related fraud. An excerpt from the statement reads:

“Cryptocurrencies and digital assets have quickly grown to represent a large amount of value and economic activity, outstripping government’s response. A national framework for regulating these assets has failed to emerge, with several federal agencies claiming conflicting jurisdictions.”

For Yang, the U.S. needs to move away from the current patchwork of regulations for the crypto space. The Democratic Presidential hopeful described the U.S. crypto regulations scene as onerous.

Moving forward, Yang declared that if elected, he will champion the introduction of clarity into determining which crypto tokens are securities. He also revealed that he would work towards establishing distinct jurisdictions for Federal and State agencies with regard to crypto governance.

Since announcing his candidacy, Yang has not failed to include crypto and blockchain issues as part of his main policy agenda. As previously reported by Blockonomi, Yang has declared his intention to encourage greater blockchain adoption in the U.S., even going as far as to suggest that the country adopts blockchain voting.

Yang’s crypto push is part of his overall policy approach to the U.S. digital landscape. According to the published policy statement, the Democratic Presidential hopeful plans to adopt a four-point agenda for digital technology governance in the country.

Yang’s underlying policy focuses on utilizing a 21st-century approach to digital technology. Like some critics, Yang stated that 20th-century laws were inadequate to provide a robust regulatory environment for the digital landscape.

One of the approaches suggested by Yang reads:

“Adopt a 21st century approach to regulation that increases the knowledge and capacity of government while using new metrics to determine competitiveness and quickly identifies emerging tech in need of regulation.”

In the crypto scene, for example, several stakeholders have lambasted the U.S. Securities and Exchange Commission (SEC) for attempting to use decades-old securities regulations for the nascent crypto sector.

Some commentators say the lack of clear legislation on securities regulation for cryptos poses a significant stumbling block for innovation in the U.S. Some exchanges have been forced to leave the country or geofence certain tokens from U.S. traders.

The US Risks Falling Behind

The U.S. status as a major player in the developing digital landscape remains a significant issue for many stakeholders. Commentators say the country risks falling behind if it doesn’t take steps to improve the clarity of U.S. crypto regulations.

Earlier in November 2019, Heath Tarbert, chairman of the U.S. Commodity Futures Trading Commission (CFTC) declared that the country should be leading the rest of the world in blockchain innovation. Chairman Tarbert also remarked that the U.S. Congress and financial regulators have to work together to simplify the country’s crypto regulations.