For some reason or another, the citizens of the Bitcoin and cryptocurrency world have made Twitter their online home.

While there are other forums for members of this community to convene such as Reddit or BitcoinTalk, Twitter, a social media platform most often associated with politicians and memes, is where there exists nearly every prominent member and average joe dealing with Bitcoin.

The company, or at least its chief executive, has acknowledged this heavy crypto presence on his platform, giving this industry his thumbs up on multiple occasions.

Thus, when reports revealed that the company is looking into allowing individuals to tip one another for their tweets and content, Bitcoin entered the conversation.

By far, Twitter is one of the hardest social media platforms to monetize — Youtube has advertisements and partner programs, Instagram has paid sponsorships, and so on and so forth.

But according to a recent report from Silicon Valley insider media outlet The Information, which has accurately reported on topics pertinent to the cryptocurrency space in the past (such as spats between Coinbase executives and trouble at Circle), some form of monetization may soon enter the Twitterverse. This being tipping.

Per two people familiar with the company’s plans, Twitter is currently considering a feature that will allow users to send money and value to other users. The details on this matter were scant, as the report was not focused on the fintech feature.

But some in the cryptocurrency space quickly acknowledged it as a potential way for Twitter to segue into Bitcoin. In response to the The Information report tidbit shared by (above) Mike Dudas, CEO of The Block, cryptocurrency trader and market commentator I am Nomad wrote “Bitcoin tipping via Square? Let’s do it.”

Others echoed this optimism, claiming that solutions like the Bitcoin Lightning Network, which enables BTC transactions that can be well under a dollar and can take place in literal seconds, would be perfect for this tipping feature.

Not to mention, in a Twitter post last year, Jack Dorsey, chief executive of both Twitter and fintech company Square, showed his love for a cryptocurrency service that allows Twitter users to tip Bitcoin to others through the Lightning Network. 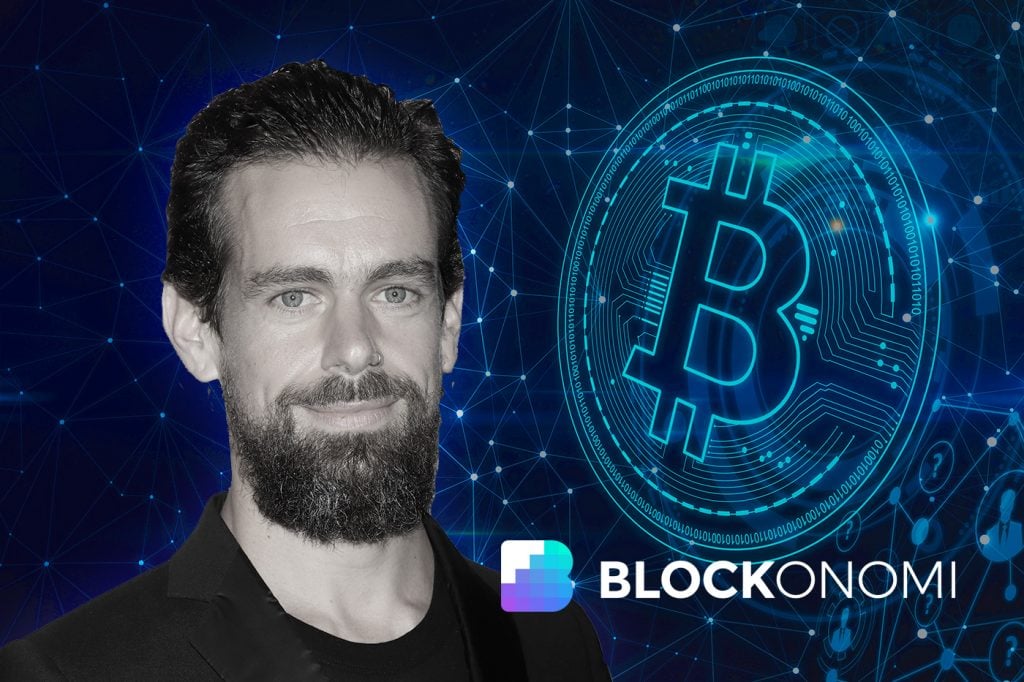 While there is no guarantee that Dorsey will be pushing a Bitcoin initiative through Twitter, the technology entrepreneur’s other company, Square, is decisively delving into the game of cryptocurrency and related technologies, boding well for adoption.

Square is Dorsey’s other company. The company became the first mainstream fintech firm to offer cryptocurrency products, unveiling a barebones Bitcoin exchange solution via its flagship application, the Cash App, near the top of the previous bull market.

Since then, and since the company’s sales of BTC have gone absolutely parabolic, the company has begun to further invest in Bitcoin, recently unveiling a Square Crypto team that will work on the adoption and development of public blockchains, namely Bitcoin.

This facet of Square has hired a number of prominent developers in the space, including a Blockstream co-founder and a leading Bitcoin Lightning Network programmer, and has contributed a large sum to a company working to make BTC payments seamless, this being BitPay.

Although there are no public reports about what the company is working on, Dorsey has said in interviews that he does not see Bitcoin as a functional digital currency at the moment, implying that the efforts at his company are to make the cryptocurrency viable as a day-to-day usable asset.