On Friday the evaluation of the cryptocurrency market cap has gone up from around $111,5 area to $122,153,936,428 at its highest point on the same day. Since the increase was made on Friday, over the weekend we have seen a stagnation around the $121B area which could be interpreted as a consolidation.

Looking at the global chart we can see that the evaluation is above the prior range support line and has managed to stay there for a couple of days which is a good sign since. The evaluation is in a slight upward trajectory and with the present volume backing it up, we might see another increase today. 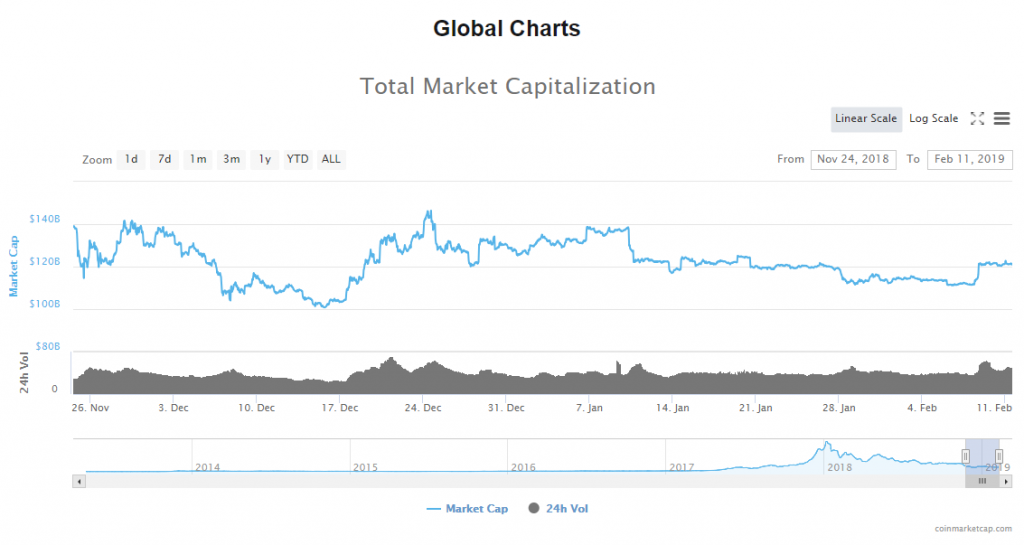 The market is mostly in green today with an average percentage of change among the top 100 coins in the last 24 hours ranging from 0.8-2.5%. The biggest gainers are in the single digits around 7% while the biggest losers are in double digits like Ark with a decrease of 13% and Aurora by 11%.

BItcoin’s market dominance has been standing still around 52.8% where it is currently sitting. 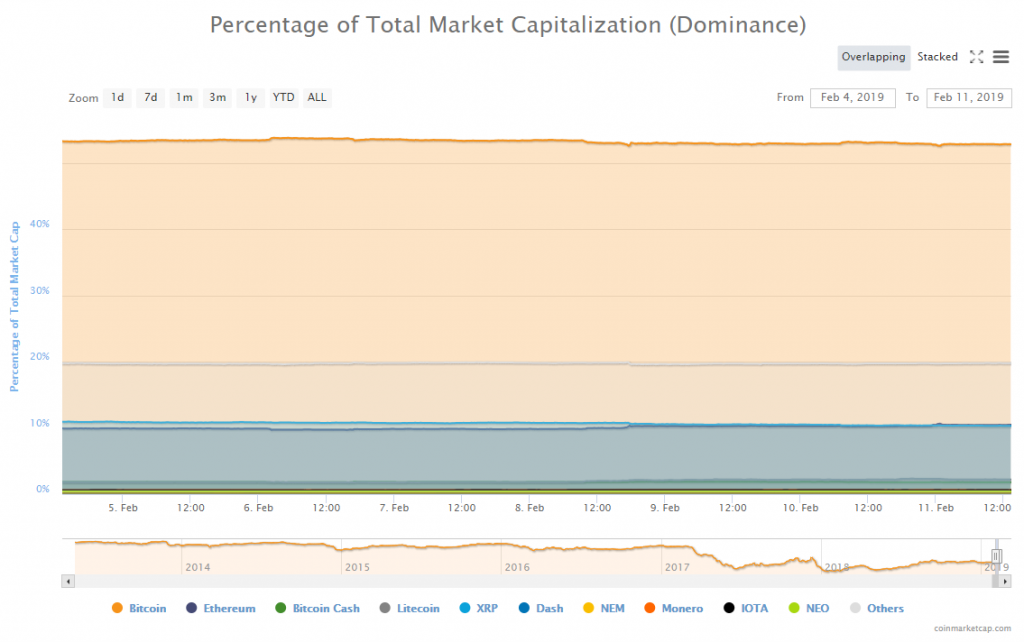 From Friday’s open when the price of Bitcoin was $3437 at the open, the price has increased by 10.6% measured to its highest spike at $3800 but since it has been consolidating and is currently sitting at $3687 which is an overall increase of 7.25%.

Looking at the 15-min chart we can see that the price of Bitcoin has gone above the 0.382 Fibonacci level and has interacted with the 0.5 Fibonacci level on Friday’s spike where it got rejected fast and the price went below the $3783 horizontal resistance level. The price started consolidating after the increase and made a falling wedge from which actually a breakout was made yesterday near today’s open on which the price was $3749 which was still lower than the 15 min candle close of the prior high.

Wave structure looks corrective so after this stagnation,  I would be expecting a further increase as this would be the 4th wave out of the 5 wave impulse that started to the upside. The price target would be at least to the 0.5 Fibonacci level again but for a proper interaction but we might see it go even further up. Today we are most likely going to see a decrease at first since the third Minuette correction is to fully develop and it will most likely serve as a retest of support at around $3666 area.

Zooming out to the 4-hour chart you can see that the target for the end of the current increase would be at around the bold black line which is the most significant resistance point to the upside which would in price term be around $3930. We might see a further increase in which case there would be two more potential targets for the end of the Intermediate Y wave and that is in the vicinity of the W wave ending point at around $4300 area and the next after that would be an interaction with the upper descending trendline which was the resistance from the falling wedge out of which the bold black line is its support line. That would be higher than the W wave ending point and as the X wave ended as a higher low we just might see the Y wave ending as a higher high.

Bitcoin is in the sell zone as indicated by the hourly chart technical indicators.

Ethereum 2.0 Is Likely to Boost DeFi Further, Even After Parabolic Rally