A “no loss” lottery built atop Ethereum — PoolTogether — quickly generated buzz in cryptocurrency circles this week in being the newest DeFi project on the block.

Yet the lotto’s hype was met with an initial wave of skepticism, too, as some cryptoverse stakeholders cautioned against using the dapp while its code remained closed-source. That caution was fair, and it got the PoolTogether team’s attention in short order. 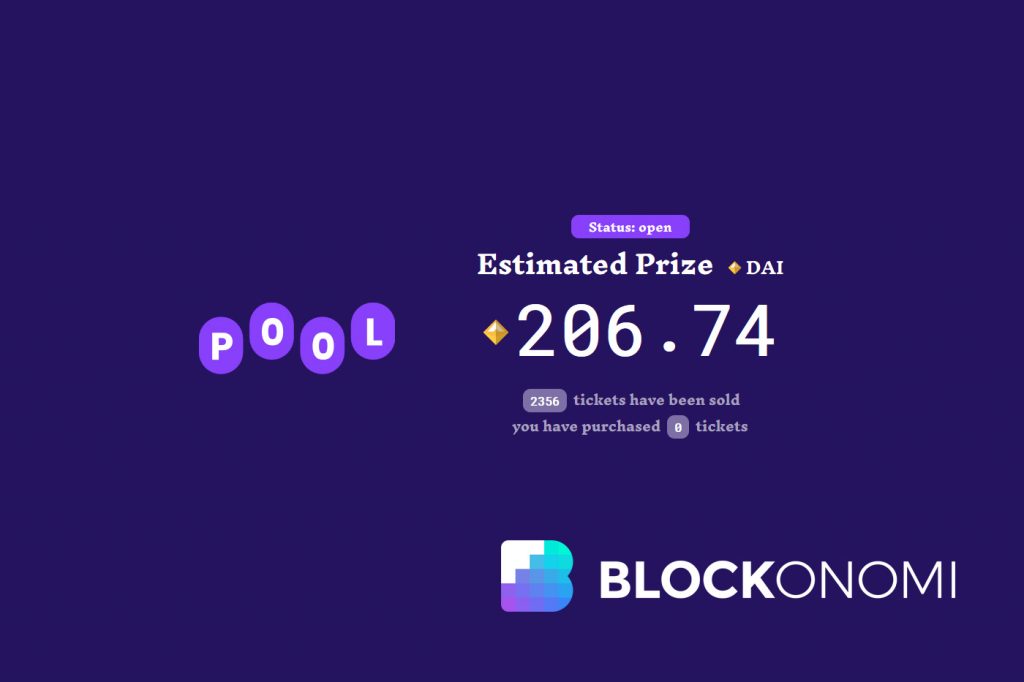 Accordingly, the project’s builders announced on the June 25th MakerDAO Community Call that it would be open-sourcing the lottery’s contracts within the day and have since done so.

The smart contracts are verified on @etherscan:

Announced on June 24th by founder Leighton Cusack, PoolTogether has been designed to allow users to buy-in to a lottery pool that returns all invested funds at the end of every pool cycle. As Cusack explained on Medium:

“Here’s how it works: when you join a ‘pool’ on PoolTogether you get a chance to win a prize but even if you don’t win, you get all your money back! This is possible because the prize is funded by the interest accumulated from the money contributed to each pool.”

Backed by a MakerDAO grant and built using an Aragon DAO, PoolTogether relies on the Dai stablecoin for its contributions. One single ticket to join one of the dapp’s pools currently costs 20 Dai. Pooled funds are to remain locked for 15 days, until a winner is randomly selected to win the prize, i.e. the interest accrued from that cycle’s pooled funds.

At press time, more than 1900 tickets had already been purchased for the inaugural circle, with the dapp’s first estimated prize fund now over 170 Dai. Interest has been rising as the DeFi play points to novel possibilities, e.g. block reward funding, that are made possible by the Ethereum blockchain and Dai.

Been looking forward to this. What if, in the future, an org creates a pool for disaster relief, or a town raffles for improvements?

People get their principle back, and someone, or some worthy cause, still wins… Very cool. https://t.co/i8tW428tOB

Yet not everyone was convinced of the project, at least not in the closed-source form that it was first announced as.

Upon the lottery’s rollout, the PoolTogether team said the project’s code would be closed-source. That dynamic was problematic for many, as it meant users would have to trust that the dapp would work as its builders said it would.

And while PoolTogether did receive a contract security certificate from auditing project Quantstamp, it wasn’t enough by itself to assuage the doubters.

“Yep [and] a big red flag in my mind is that they are not making the source code public and their audit explicitly flags trust concerns. I see this as basically creating unnecessary risks and a superfluous intermediary between lenders and Compound smart contracts, for gambling.”

As doubtful chatter grew, the ball was back in PoolTogether’s court for a response. And they’ve since done exactly that by committing to opening up their code.

Beyond the MakerDAO Community Call announcement, PoolTogether founder Leighton Cusack noted separately on Twitter that the whole episode had resulted from simple newcomer’s naivety — i.e. he hadn’t previously realized why the open-source ethos was so central to the cryptocurrency community.

“I’ve […] never worked on anything open source or built on crypto,” Cusack explained.

3/ I was not fully aware of all the implications of being closed source. Specifically around the lack of ability to verify the contracts. Thank you to the many people who pointed this out and educated me about this. We open sourcing the contracts today!

It’s certainly a definite step toward rapprochement for the project, and one that should settle most initial naysayers’ concerns, at least if the actual code ends up being fine.

In the mean time, PoolTogether will proceed as an early DeFi experiment that will surely influence further related innovation in the space.

The post “No Loss” Lotto Comes to Ethereum: Builders Commit to Open-Sourcing the Code appeared first on Blockonomi.