As absurd as this sounds, the NBA’s Sacramento Kings have partnered with CryptoKaiju to offer toys — yes, toys — to its fans for the forthcoming 2019-2020 season.

Maybe this should come as no surprise as the team has been named the “most innovative company in sports” by Fast Company and “Most Tech Savvy Team of 2016” by Sport Techie. 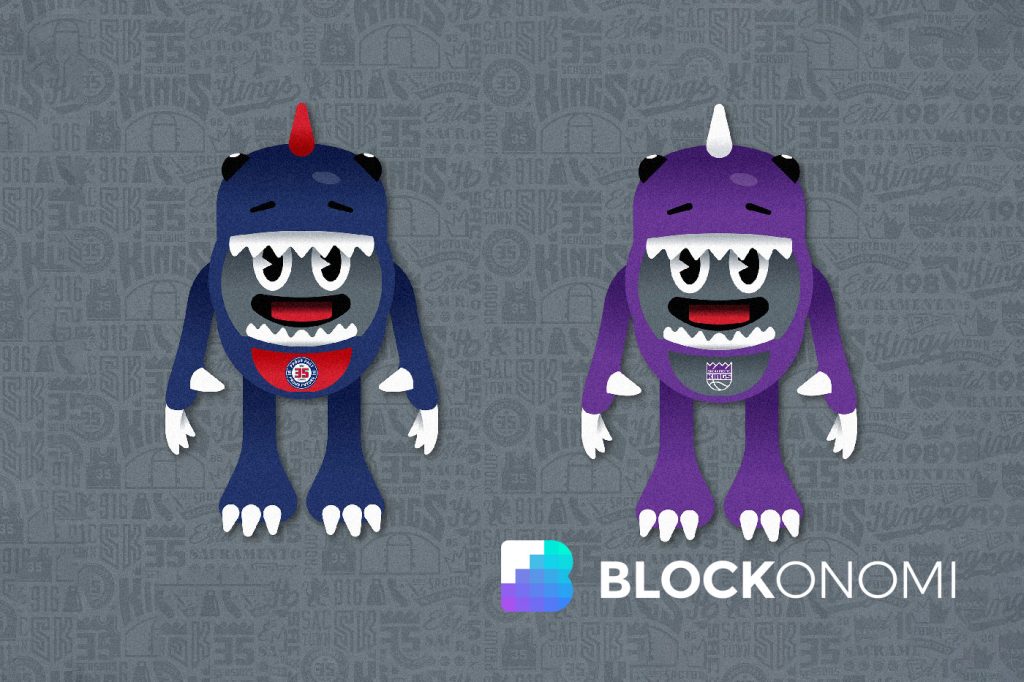 According to the press release, these 100 vinyl collectible figurines will be powered by Ethereum, with each toy being assigned a non-fungible token that ensures that no two Kaijus are the same. 15 out of the 100 toys will purportedly have non-fungible tokens that “reveal” unique experiences or prizes for fans, including courtside seats, VIP tours, signed merchandise from the team’s star, and more.

Fans will purportedly gain the opportunity to obtain these limited-edition toys starting in November, when the team “will begin hosting monthly interactive scavenger hunts throughout the 2019-20 season.”

In a press comment, Sacramento Kings Chief Technology Officer Ryan Montoya said that his team sees that using blockchain benefits the team’s fans, lauding the technology’s ability to “deliver innovative products and content to our fans.”

This is far from the Sacramento Kings’s first foray into using cryptocurrency.

Per previous reports from Blockonomi, earlier this month, the team collaborated with an entertainment-centric blockchain startup, Blockparty, to implement a free blockchain rewards system into the NBA’s first predictive gaming application, “Call the Shot”. A press release said that Blockparty will enable fans of the Kings to accumulate “blockchain-driven tokens” to be used to redeem “prizes and unique events including signed merchandise and courtside tickets.”

Seeing the trend of consistently growing cryptocurrency and blockchain usage, it is unlikely that the Sacramento Kings will be stopping anytime soon. As said by team CEO Vivek Ranadivé previously, “We have only just begun to see the benefits of blockchain technology as it transforms the way business is conducted worldwide, ensuring secure transactions across multiple sectors and customers.”

While the Kings continuing to harness cryptocurrency-related technology is big news in and of itself, another important facet of this announcement is that the toys are powered by Ethereum. The Kings’s use of the Ethereum confirms the trend that institutions — and large ones at that — are starting to adopt the blockchain to make their businesses leaner, to reduce friction, and to offer fresh products to their clientele.

At the turn of the month, IKEA revealed that it had used an Ethereum-powered platform to settle an invoice with an Icelandic furniture retailer. Weeks before that, Chicago-based financial services giant Morningstar was reported by Forbes to have started the process of migrating its credit ratings business to a blockchain system that involves Ethereum smart contracts and oracles.

And most recently, Thomson Reuters, the Canadian media giant, has claimed that it is looking to use OpenLaw, a ConsenSys-backed, Ethereum-centric firm working on automating legal contracts and such. We reported on the matter that the two are working on a proof of concept system, which has been dubbed Smart Contract Express, to imbue Reuters’s existing Contract Express system with the benefits of Ethereum and Chainlink.

It is important to note that with all these pilot integrations, a majority of the firms using Ethereum are using smart contracts, not Ether/ETH. But, these shows of support for the Ethereum’s technology still go to show corporation’s interest in this nascent industry.