From yesterday when the evaluation of the cryptocurrency market cap was $113,5B things haven’t changed much, as the evaluation mostly hovered around those levels.

Looking at the global chart you can see that the evaluation moves are only getting smaller and smaller which means that the buyers and the sellers are getting closer to each other and soon we are going to see a move with strong momentum as someone will win the battle. Considering that the resistance line from the current triangle dates back further than the minor uptrend support line we can say that the sellers are still in control and that the likelihood of a breakout to the downside is higher. But since we are seeing a symmetrical triangle that indicates equal aggressiveness from both sides and either could win. 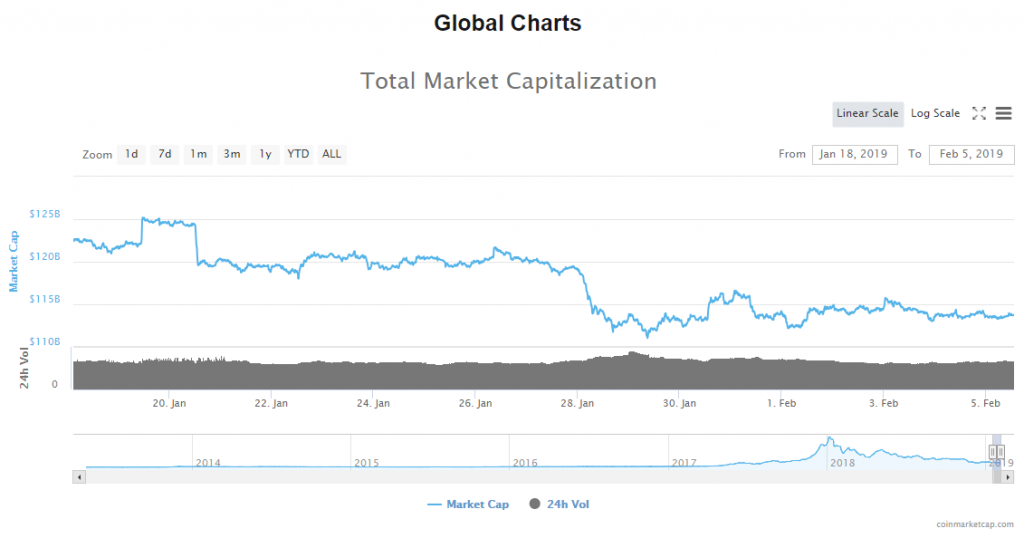 Bitcoin’s market dominance has been hovering around the same levels as well and that is around 53.4%. 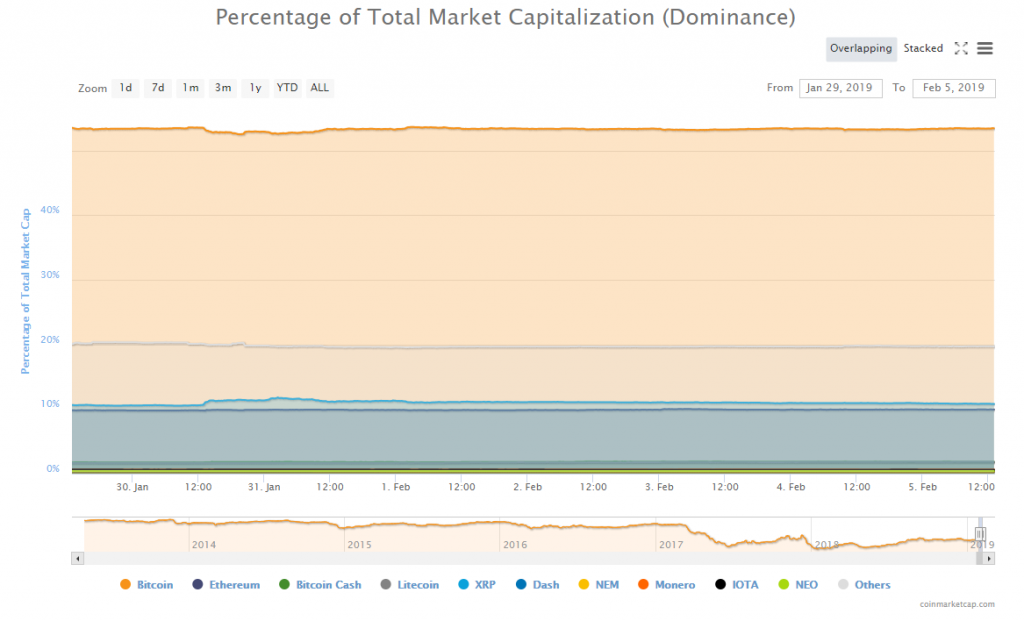 The market is showing mixed colors today with an insignificant percentage of change which is why the biggest gainer today among top 100 coins is Pundi X with an increase of over 16%.

On yesterday’s open the price of Bitcoin was $3487 below the 0.5 Fibonacci level of the current range from where the price increased to the next Fibonacci level to the upside and repeated this pattern one more time before attempting to go past the 0.618 Fibonacci level today again. As you can see from the chart below the attempt has ended as a fakeout and the price was pushed back down immediately after it entered the territory of the above range.

Currently, the price is sitting below the 0.618 Fibonacci level at $3502 which is the lower level of the current support and is still above the previous structure so there is a possibility of another attempt to the upside but even if so I wouldn’t believe that it would go past the 0.786 Fibo level as this is most likely the second wave of the last impulsive move the downside from the minor WXYXZ correction whos target I see fit at the intersection between the falling wedge support line and the horizontal support zone between $3367 and $3340.

Looking at the 4-hour chart you can see that the price has reached its first significant horizontal resistance which is in the vicinity of the prior high level and was the first resistance after the price corrected following the end of the 3rd Minuette impulsive move. Looking at the price action history we can see that the price had corrections like these when a three wave ABC to the upside developed after the ending of the first impulsive move in July last year after which more of these corrections took place.

Now that the price has increased by over 34% and came to its significant resistance and has been stopped out at those levels I believe that this is the end of the increase for the price of Pundi X. Potentially we could see an increase to the next horizontal resistance level but as you can see the price action created a cup and handle out of which the increase that we have seen is the breakout from the handle, so the momentum has already been used up.