In traditional markets, money funnels upwards. Leading exchanges, like the New York Stock Exchange and the Nasdaq, process a heavy majority of the funds while over-the-counter exchanges — which trade “pink sheets” — have relatively low liquidity.

For some reason or another, it’s entirely different for the crypto market. A recent report from industry analytics provider CryptoCompare revealed that “lower quality volume” still dominates this market. 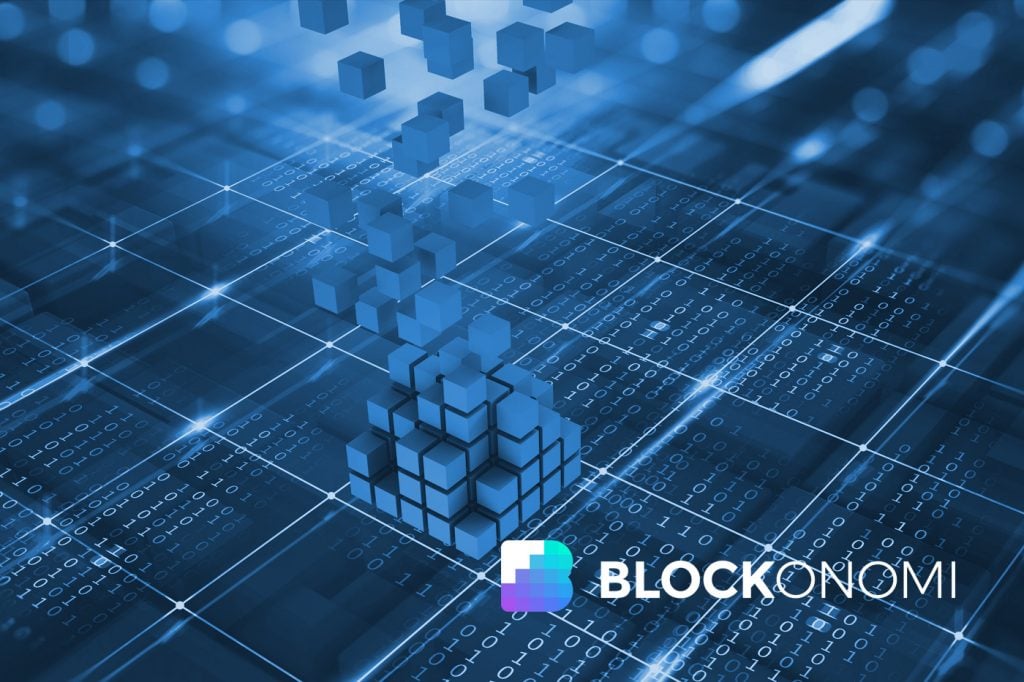 If you were to ask anyone — even someone not involved in cryptocurrencies — to name a Bitcoin exchange, they would likely say “Coinbase” or “Binance”. Indeed, these two brands and their ilk have brand clout. So wouldn’t it make sense for them to dominate the trading scene?

According to CryptoCompare’s “July 2019 Exchange Review”, wrong. Exchanges which they grade “AA” — CryptoCompare’s grading system includes regulatory requirements, team, investors, data provision, and other metrics — represented a mere 5% of total aggregate volume registered in July. “A” grade exchanges made up 19% of the cryptocurrency pie in volume. But what’s worrying is that “untrusted” exchanges rated “D” and E” processed 64% of all trading volume. “F” exchanges were barely represented on CryptoCompare’s graph. 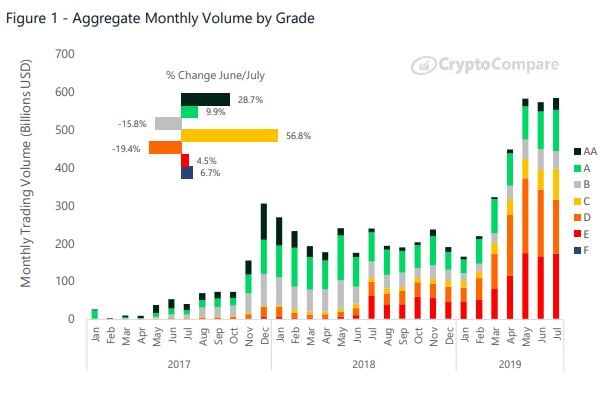 CryptoCompare’s report seemingly corroborates a seminal report from Bitwise Asset Management. The cryptocurrency fund manager and research unit determined after analyzing the order books of industry exchanges that a mere 5% of all Bitcoin trading volume is legit.

Bitwise added that if you only take the volume registered by the “Real Ten” exchanges, Bitcoin is a very liquid market that is very mature for its age.

While there are some discrepancies between the exchange and volume that Bitwise and CryptoCompare believe are bonafide, there is a running theme: from a data point of view, the cryptocurrency market is dominated by questionable actors.

While it isn’t clear what exact portion of cryptocurrency trading volume is fake, the fact that “lower quality volume” is dominating the underlying cryptocurrency market is likely not something that regulators take lightly.

Earlier this month, the U.S. Securities and Exchange Commission (SEC) struck down Bitcoin-related three exchange-traded fund (ETF) proposals, delaying its verdicts. According to analysts on Twitter and the chief executive of Bitwise, the agency still has issues with the security of the underlying funds, the liquidity of the underlying market, and surveillance of the broader market. The dominance of low-quality exchanges has likely only exacerbated the SEC’s qualms with crypto.

However, Bitwise’s Hunter Horsley and Matt Hougan are sure that the SEC will eventually pull the trigger on a Bitcoin ETF, be it theirs or one from another firm. Hougan explained that spreads are decreasing (a sign of liquidity), crypto insurance is being offered, and big-name market-making institutions are getting into the mix.

Better Exchanges On the Horizon

The SEC may be pushed to pull the trigger by the launch of new exchanges in the cryptocurrency markets that will only improve liquidity, security, and surveillance.

Just recently, Rakuten, which some deem the “Amazon of Japan”, launched Rakuten Wallet. The new application will support the spot trading of three cryptocurrencies. These digital assets are Bitcoin, Ethereum, and Bitcoin Cash. While this mobile exchange is unlikely to become the next Coinbase, it is important that trusted players are making a foray into this market, especially in a market as important as Japan.

On the horizon is the launch of physically-backed Bitcoin futures from Bakkt, which many say will improve market liquidity by onboarding a large mass of institutional investors looking to adopt cryptocurrency.

And further down the line, both E*Trade and TD Ameritrade are believed to be launching spot trading of at least Bitcoin and Ethereum.