IDEX, the non-custodial cryptocurrency exchange that’s facilitated more than 41 percent of all Ethereum DEX transactions over the past month, has unveiled the features coming to its revamped version 2.0 trading venue.

Characterizing the effort as a “complete rebuild” in a press release shared with Blockonomi, the IDEX team said the new-look platform will roll out several powerful functionalities under the hood, not least among them a new off-chain matching engine and an embrace of a version of optimistic rollups, a novel scaling solution that is getting increased attention around Ethereum. 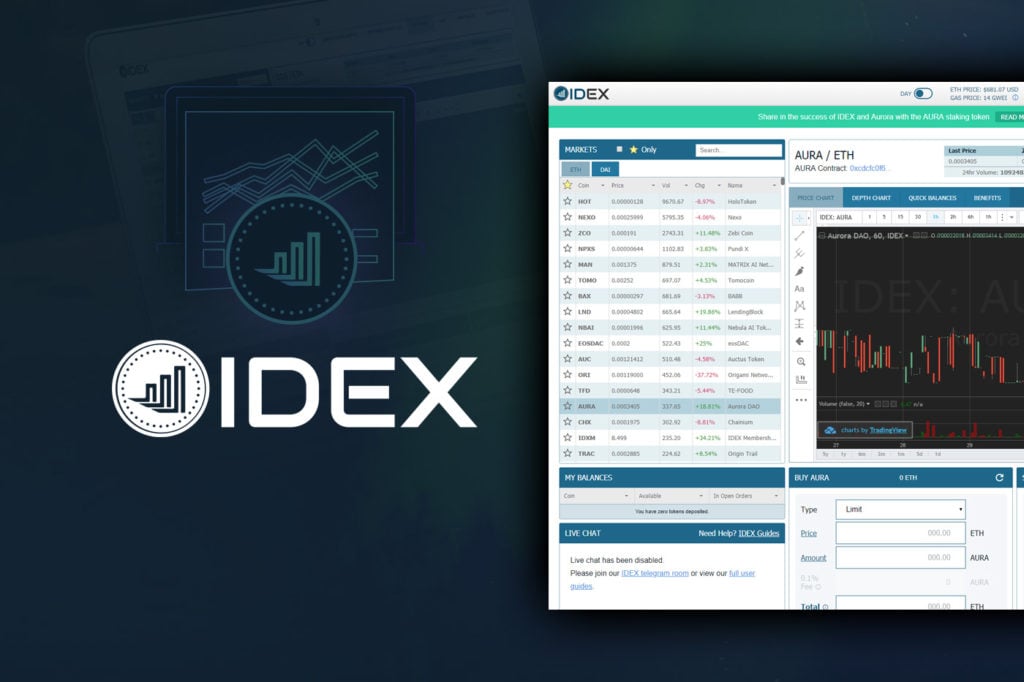 The retooling is set to make the exchange considerably faster and cheaper to use so as to provide token traders with a more mainstream trading experience, said Alex Wearn, co-founder and chief executive officer of IDEX:

“DEXs don’t have to be slow, expensive, or limited in functionality. We’ve always envisioned a future where DEXs offer the same experience as their centralized counterparts. We’ve rearchitected our platform and laid the groundwork to handle hundreds of thousands of transactions per second and provide advanced trading features previously unavailable on DEXs. The release of IDEX 2.0 closes the gap as we continue to innovate and deliver the best experience for our users.” 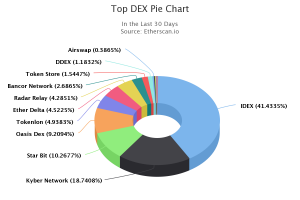 Toward Many More Transactions Thanks to Optimistic Rollups

“[The O2 Rollup system] builds on IDEX’s current hybrid design to allow for unlimited off-chain scaling with a fixed on-chain settlement cost, removing the bottlenecks and costs that have inhibited DEX adoption to date,” the IDEX team said.

Specifically, the exchange’s O2 Rollup scheme will rely on “combination of cryptographic fraud proofs and a validator network with well designed economic incentives,” meaning the new system will entail validators staking IDEX tokens to monitor and secure the platform’s optimistic rollup transactions. Participants will be paid a portion of IDEX’s transaction fees as a reward for their service.

“IDEX staking enables traders, market makers, and fans of IDEX to operate part of the IDEX infrastructure and, in the process, contribute to the security and performance of the platform,” the project said.

In other recent IDEX news, last week the platform’s Twitter account notified its ecosystem of users that the exchange would ban traders with New York state IP addresses as of Thursday, October 25th.

New York has comparatively strict digital currency laws compared to many other U.S. states, a dynamic that has hitherto led to the state’s citizens repeatedly being blacklisted from certain cryptocurrency services and service rollouts.

“Cancels and withdrawals will remain active” beyond the geoblocking’s activation, IDEX said.

The move comes as The New York Department of Financial Services (NYDFS), the creator’s of New York’s controversial “BitLicense” regulations that govern digital currency companies in the state, is reviewing whether to make adjustments to those regulations.

“This is a good time to take a look, a responsible look and see how our regime is fitting the current market and … what if any adjustments should we think about making to continue to adapt to sort of a changing industry,” NYDFS Superintendent Linda Lacewell said during an appearance at DC Fintech Week.

However, whether any forthcoming adjustments might let IDEX back into the New York market remains to be seen.

Expansion on the Horizon

“This collaborative effort between IDEX and the Algorand team is an emphasis on both parties’ mission to maximize the potential of blockchain through cutting-edge technology and strategic relationships,” the two projects’ backers said at the time in a joint announcement.

In related news, IDEX was recently named as a portfolio company of the $200 million Algo VC Fund, which will be used to accelerate building around the Algorand ecosystem.