For the past few years, Craig Wright has claimed he and David Kleiman, a computer forensics expert who died in 2013, built the Bitcoin blockchain together.

Over time, that claim has landed Wright in no shortage of controversy. It’s also landed him in a lawsuit with David Kleiman’s brother, Ira Kleiman, who sued Wright in 2018 in the Southern District of Florida for allegedly transferring 1.1 million bitcoin from wallets that Wright and David Kleiman once both had access to. 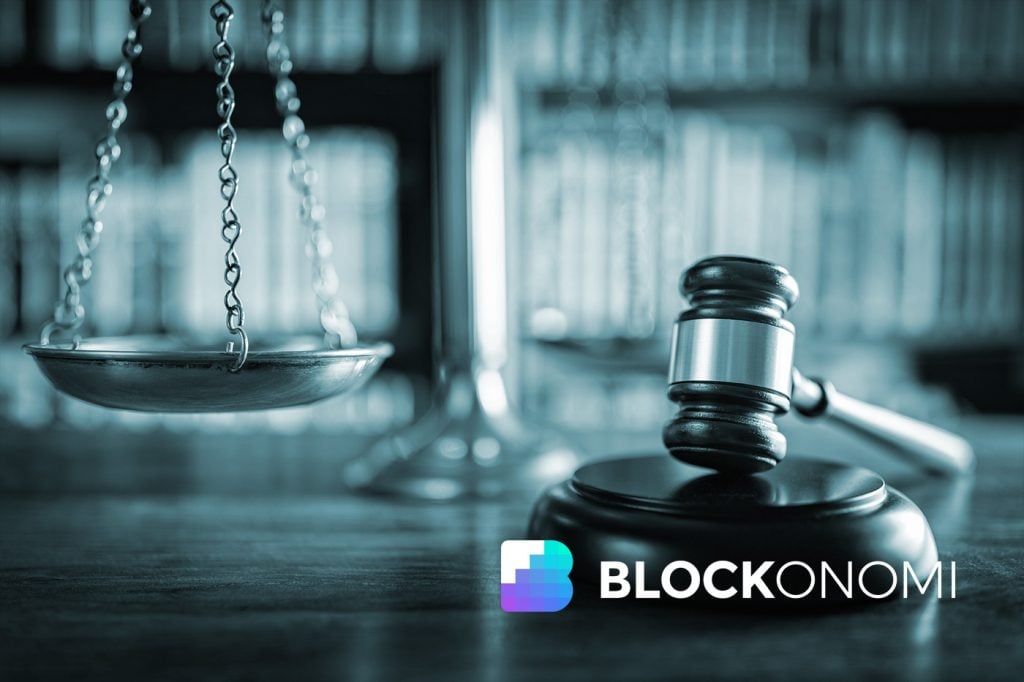 Of course, the backdrop here is that if Wright was part of the Satoshi Nakamoto team, he should have ways to access the trove of bitcoin that Nakamoto mined in the cryptocurrency’s earliest months. Wright has alluded to gaining access (or being set to gain access) to those bitcoin in the past.

The vast majority of stakeholders in the cryptoeconomy conclude Wright was most certainly not part of the Nakamoto team, but Wright’s repeatedly suggested so, and Ira Kleiman has dragged the Satoshi claimant to court accordingly — likely not because Ira thinks Wright is actually Satoshi, but rather his lawyers think the case is ripe for a settlement.

To that end, the lawsuit’s balance appears to have just tipped decisively in Ira Kleiman’s favor, as the case’s presiding judge just axed Wright’s request to dismiss the case. Now, some legal experts say the writing’s on the wall, and that writing doesn’t look good for Wright.

Sorry, Case Is Not Dismissed

On August 15th, Judge Beth Bloom officially denied Wright’s request to dismiss Ira Kleiman’s lawsuit against him. In the spring, Wright’s lawyers had put forth a motion that challenged Judge Bloom’s jurisdiction over the case, which, if granted, would’ve effectively killed the lawsuit.

First win for https://t.co/RA1WINYDh7. Craig Wright’s motion for judgment on the pleadings was denied. @KyleWRoche

The Court “simply does not find the Defendant’s testimony to be credible.”

“In weighing the evidence, the Court simply does not find the Defendant’s testimony to be credible,” Bloom wrote.

The denial comes a few days after the publication of testimony from Bitmessage developer Jonathan Warren, who testified to Judge Bloom’s court earlier this summer that many of the communications that Wright says he made to David Kleiman appear to be totally forged.

Beyond the credibility of Wright’s testimony, Judge Bloom also concluded she had satisfactory jurisdiction over the case because, per her federal mandate, it involved civil action “where the amount in controversy exceeds $75,000.00 and the suit is between citizens of different states.”

This means Wright will have to stay in court and face the music, whatever happens from here.

As I said yesterday, this case is on its way to being over.

“Federal judges don’t like people who lie or manipulate evidence,” U.S. lawyer and cryptoeconomy analyst Stephen Palley noted on August 14th. “If the Court concludes that’s what happened, this case is over (and maybe worse, at least for Wright).”

Now that the case has seemingly tilted strongly in this direction, the main question for now is how much trouble is Wright in? That remains to be seen, but Judge Bloom has already suggested that she won’t take the court’s time being wasted lightly.

Wright’s Been Dealing with Multiple Cases

Back in April, Craig Wright sued Bitcoin podcaster Peter McCormack in the U.K. for publicly denying that Wright was Satoshi.

Last week, McCormack’s lawyers returned fire with a long response that systematically explained why Wright’s lawsuit was abusive and not legitimate. In that response, McCormack said he’d withdrew his skeptical comments against Wright if the Satoshi claimant could demonstrably prove he was part of the Nakamoto team.

“Our client would also in that event be prepared to make a public statement withdrawing the allegation that your client’s claim to be Satoshi is fraudulent,” McCormack’s lawyers wrote.

Last month, a U.K. lawyer struck down a libel lawsuit Wright had launched against Bitcoin Cash (BCH) entrepreneur Roger Ver, as the presiding judge said his court didn’t have jurisdiction in the case.