From yesterday’s open the evaluation of the cryptocurrency market cap has been bouncing inside the support zone in which it fell yesterday when it came down to $111,604,905,053.

From there the evaluation attempted to escape the support zone from the upside but was rejected by the resistance found there which is why today it fell lower to around $111B level which is the lower support level from the support zone. 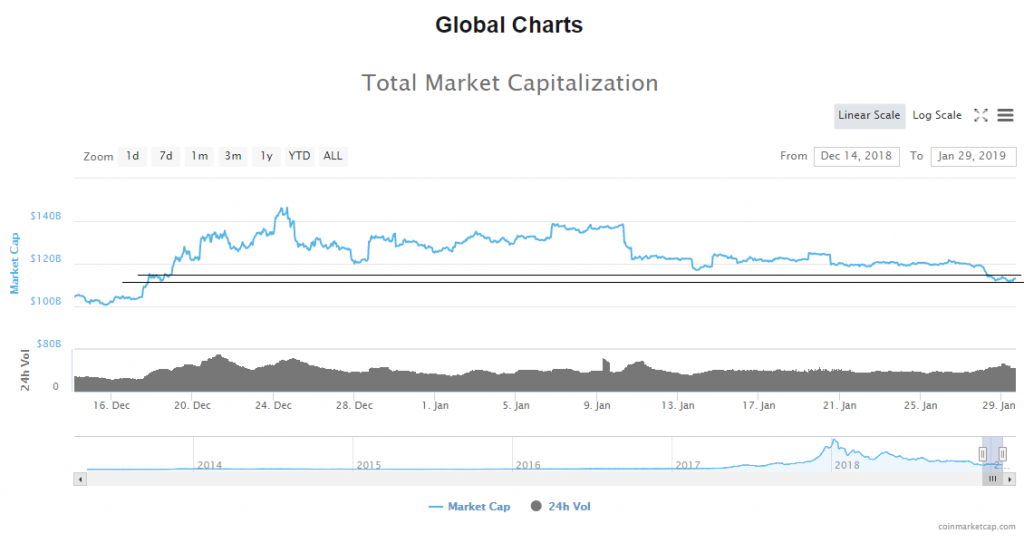 Bitcoin’s market dominance has been declining and came down from 53.8% on yesterday’s high to 53.43% where it is currently sitting. 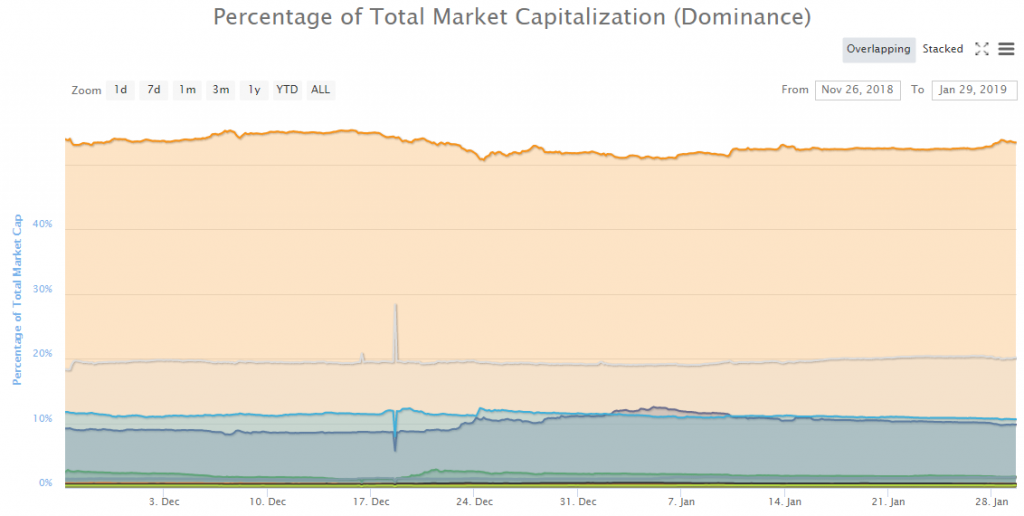 The market is showing mixed color with an average percentage of change among top 100 coins ranging around 2.4%.

From yesterday’s open when the price of Bitcoin was $3596 measured to the current level on which the crypto is being traded we have seen a decrease of 3.24% as the price is currently sitting at $3480.

On the hourly chart, you can see that the price fell to my target level which was on the descending wedge support line and was the 5th wave from an impulsive move that started when the price interacted with the wedge resistance and was rejected at those levels. Now that the price has fallen to the target level we are likely going to see a reversal as the Z wave has ended and with it the Intermediate X wave from a WXY correction of a higher degree count.

Now that the X wave has ended we are going to see the start of the impulsive move to the upside as the Y wave should start developing and will result in a breakout from the descending wedge from the upside.

As the Z wave completed three waves out of which two were impulsive I believe that I has ended. The other possibility would be that the Z wave gets extended by two more waves which would result in the further sideways movement before the reversal but in either way the reversal is coming.

Zooming out to the 4-hour chart you can see the whole Intermediate correction count as well as the projection for the expected Y wave.

Looking at the 4-hour chart you can see that the third fractal has ended so we are definitely seeing the start of something new, and if my count is correct that would be the start of the third intermediate Y wave which would be approximately the same length as the W wave from 15th to 24th of December. Most likely we are going to see another interaction with the bold black line which is the previous downtrend support which was broken and was retested from the downside when the price got rejected and undergone the Minor WXYXZ correction.

So after this correction ends and I believe that it has we are going to see a continuation of the previous correction and a period of a price recovery.

Bitcoin is in the neutral zone as indicated by the hourly chart technical indicators.