From yesterday’s open at around $123B the evaluation of the cryptocurrency market cap has been increasing parabolically and came up to $134,591308,584 at its highest point today which is an increase of over 11 billion dollars.

Looking at the global chart you can see that the evaluation went inside the upper horizontal range but has been stopped out at its lower resistance zone level. The evaluation is still in an ascending channel which indicates that buyers are putting pressure on the mentioned level and are trying to move the evaluation above it but the sellers are holding it back with equal strength and have managed to reject the evaluation’s increase several times. 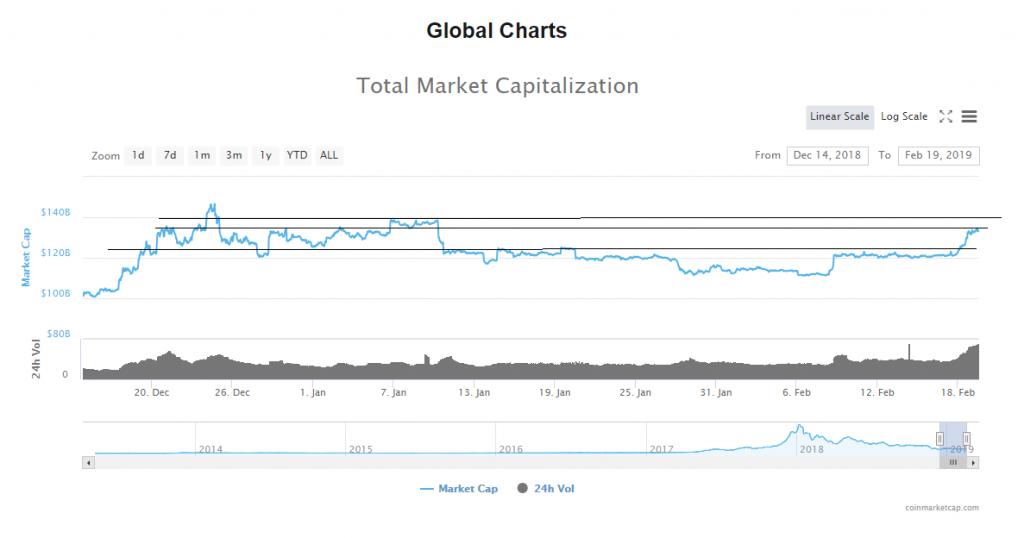 The market is in green today with an average percentage of change among top 100 coins in the last 24 hours ranging around 4-6%. The biggest gainer today is EOS with an increase of 15.94% while there are others that are in double digits.

Bitcoin’s market dominance has been decreasing and came down from 52.17% on yesterday’s open to 51.52% where it is currently sitting. 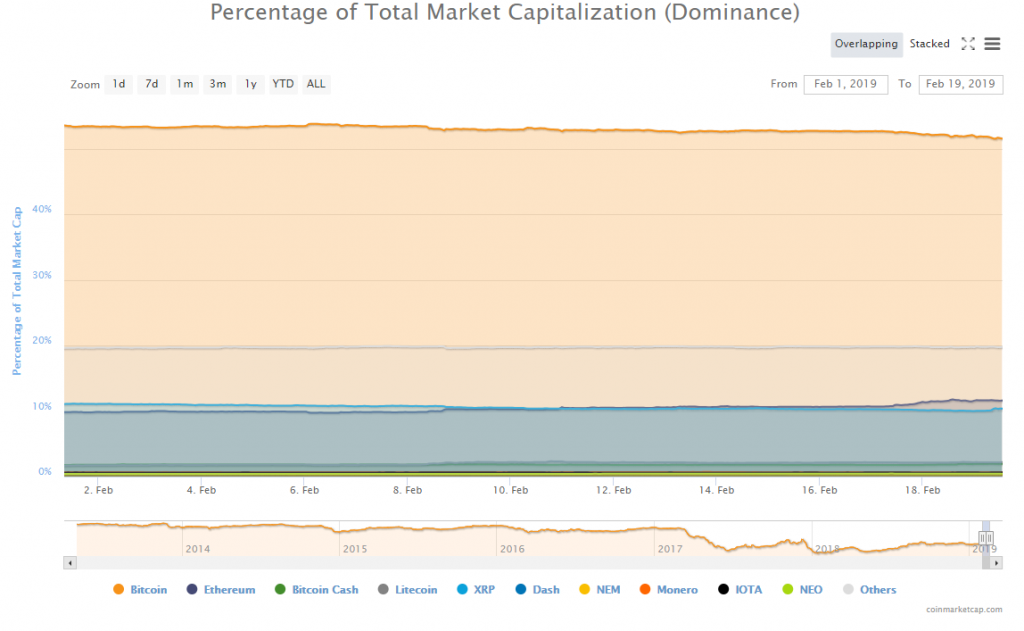 Looking at the hourly chart you can see that the price of Bitcoin went above the bold black line which was the most significant resistance point to the upside which is why interaction with the next significant horizontal resistance is currently playing out and it is the horizontal resistance at $3994.4. The price is now forming a cluster around the mentioned level as the buyers are trying to keep up the momentum going while the sellers are holding their positions.

Since there isn’t any indication’s that the price of Bitcoin is going lower at the moment I believe that another increase from here will be made to the next Fibonacci level in line to the upside which would be the completion of the 5th Minute wave and the ending point of the 3rd Minor impulse wave to the upside. This means that soon a pullback is expected which would likely serve as a retest of the broken resistance for support which is a logical progression if the price is to continue moving further to the upside and I believe that it will.

My primary count in which the increase that started on Friday 8th is the Intermediate Y wave so it will most likely and as a five wave impulse. If this is true then the expected pullback would be the 4th wave after which another one to the upside is set to develop and is why more upside is expected from where. The target for the end of the Intermediate Y wave and this increase would be at around $4300 area but we are yet to see.

On the hourly chart, we can see that the price of EOS has done what is expected in the case of Bitcoin and that is a full development of the Intermediate Y wave as I have counted the 5 waves to the upside. The price broke the major resistance point which is the horizontal resistance at around $3.278 and continued to the 0.5 Fibonacci level spiking even beyond it but since the price entered the sellers’ territory an immediate pullback occured.

As the 5-wave move has most likely ended for we are now going to see a retest of the broken resistance for support at least to the 0.382 Fibonacci level but if the Intermediate WXY correction ended and will not have any prolongations we might see a continuation of the previous downward move and new lows for the price of EOS.

EOS is in the buy zone.