From yesterday’s high at $123,396,000,000 the evaluation of the cryptocurrency market cap has decreased by 16 billion dollars as its currently sitting at around $107,55B.

Looking at the global chart you can see that the evaluation has broken out from the triangle in which it was consolidating for quite some time now. The evaluation is looking like it found some support but we are yet to see if it holds. 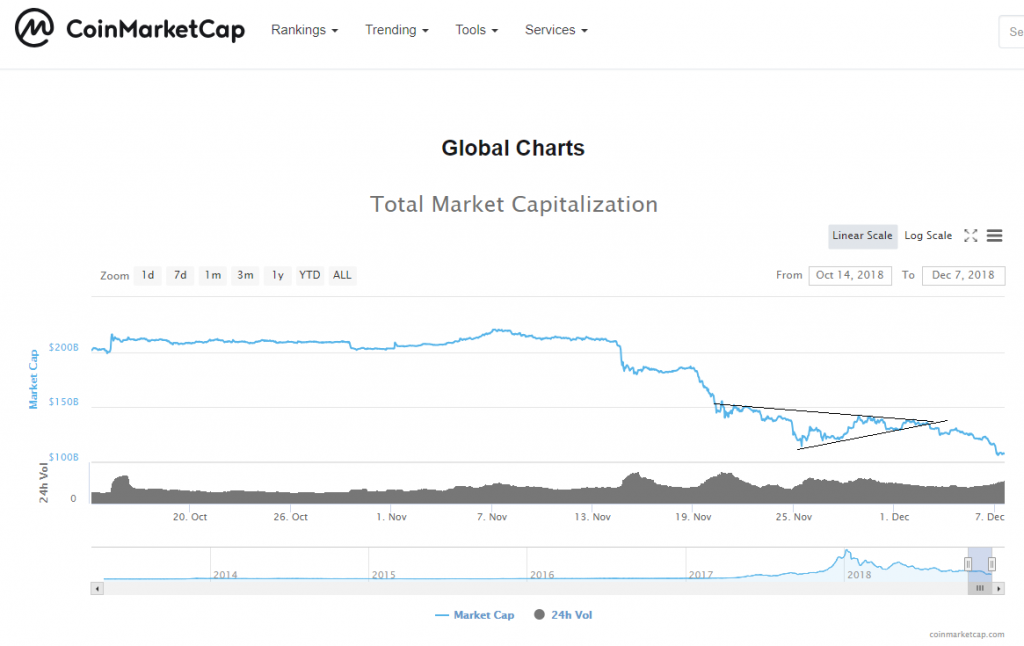 Consequently, the market is in red with an average percentage of change among top 100 coins being around 14%. Only Bitcoin SV is in green and that with an increase of 14.22%.

Bitcoin’s dominance has increased from 54.7% to 55.5% at its highest point today. 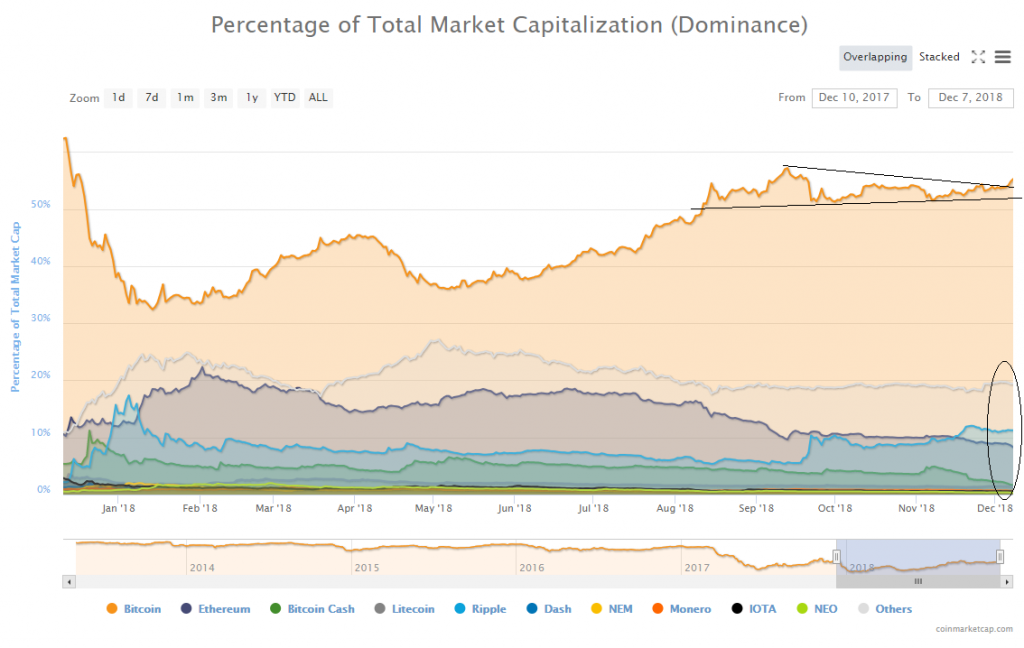 You can see the evaluation broke out from the triangle finally and is now in an upward trajectory, and looking at the altcoin evaluation you can see that its declining which indicates that market participants are selling their alts for Bitcoin potentially preparing for another sell-off. 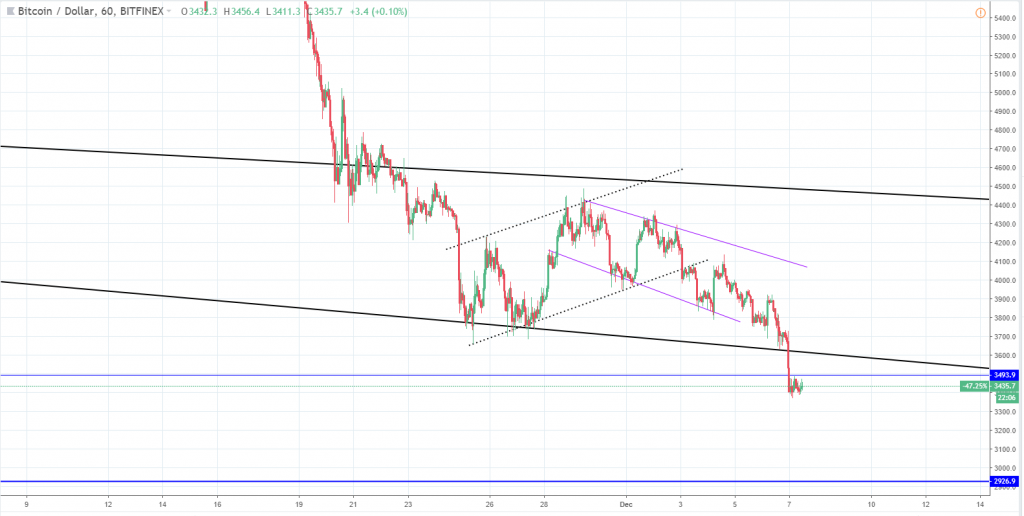 Zooming out to the 4-hour chart you can see the significance of the level and that it was also pierced one time before at the $6256 horizontal level but quickly came back above it and continue upward which lead up to a recovery which is what I believe will happen this time as well. 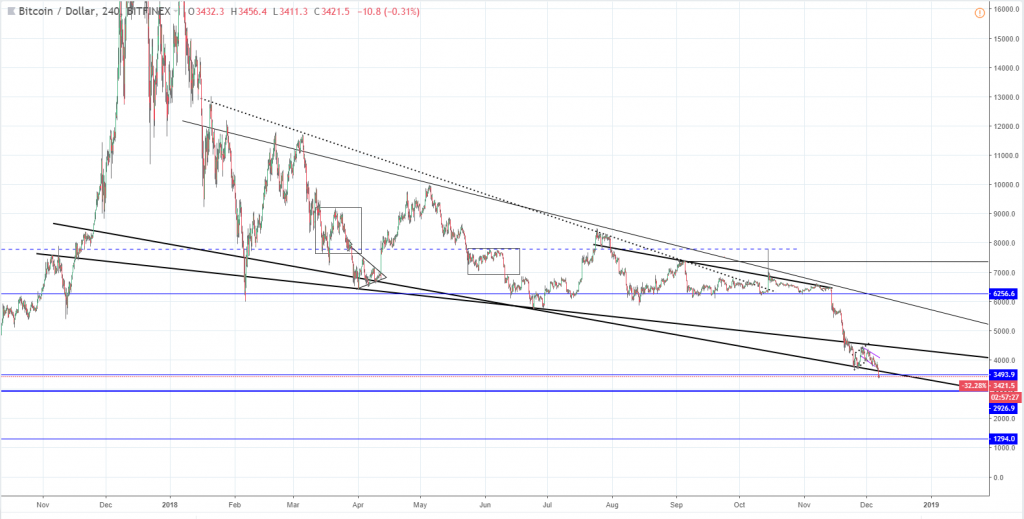 Zooming out further and going back to the period in which the price was at around these levels you can see that there isn’t any significant support between the current price levels and the $2926 horizontal resistance which now will most likely serve as strong support so if the price goes further down from here the next target is the mentioned level. 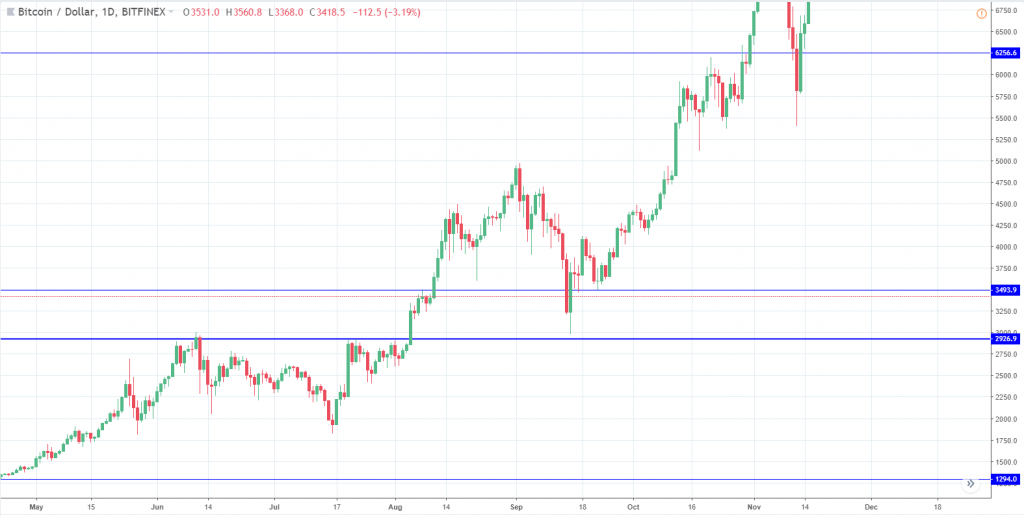 Going back to the hourly chart and reexamining my Elliott Wave count since my projection didn’t go in accordance I have spotted my mistake.

This was my projection and the expected scenario.

As you can see the price came to my target but I was expecting an increase at first as the WXY should happen and the Y wave should have developed one higher high before the drop.

This, in fact, did happen but I haven’t counted the waves properly, the count should look like this. 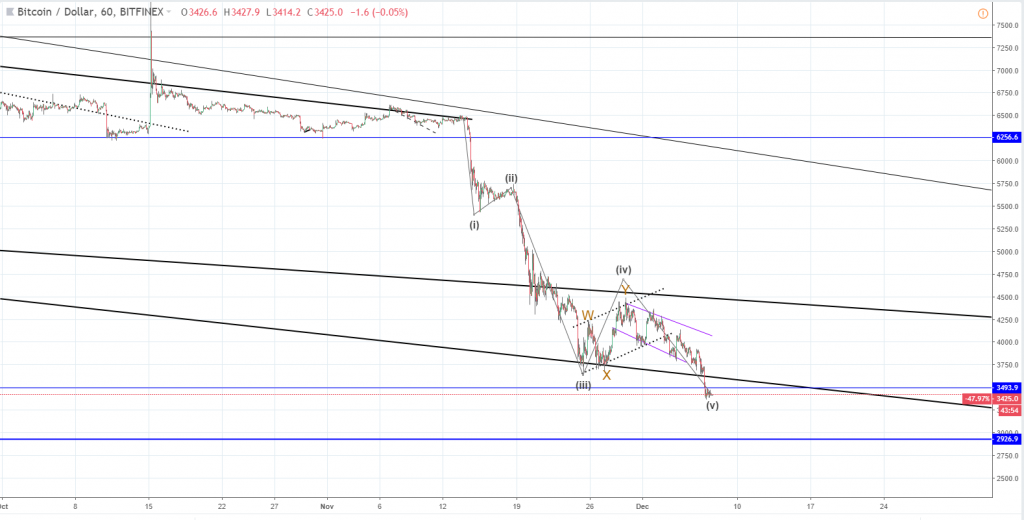 What this means is that since the 5th wave occurred we are going to see a larger correction soon so a recovery is on the way, but it is still unclear where the 5th wave could end.

Zooming into the 15 min time frame and further inspecting the sub-waves I have counted the waves and projected that the price can go up to retest the previous support for resistance at around either the horizontal level or at the baseline support 2 which would be more likely since it was the most significant one.

The current leg down might be the end of the minor consolidation with one more wave down before the 3rd wave ends or it could be the start of the 4th wave, this we are yet to see. 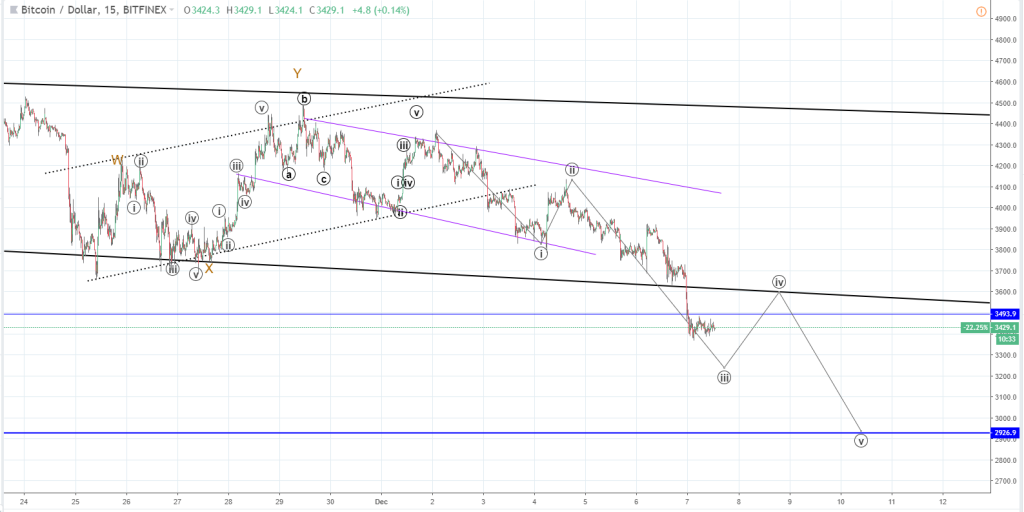 But when this soon ends we are going to see some recovery for the price of Bitcoin as the price fell from $6500 meaning it halved in price till now.

The post Crypto Market Update: Breakout from the Downside it is (Bitcoin Price Analysis) appeared first on Blockonomi.