Blockchain art startup Crypto Kaiju is bringing a third round of cryptocurrency toys to market, and the new figurines are inspired by popular Ethereum collectibles game CryptoKitties.

The company’s CryptoKaiju series of collectible toys first launched in late 2018 with the release of their bitcoin-inspired Genesis “monster” toy. The company followed that release up with BTC and ETH versions of their Jaiantokoin toy now a few months later. 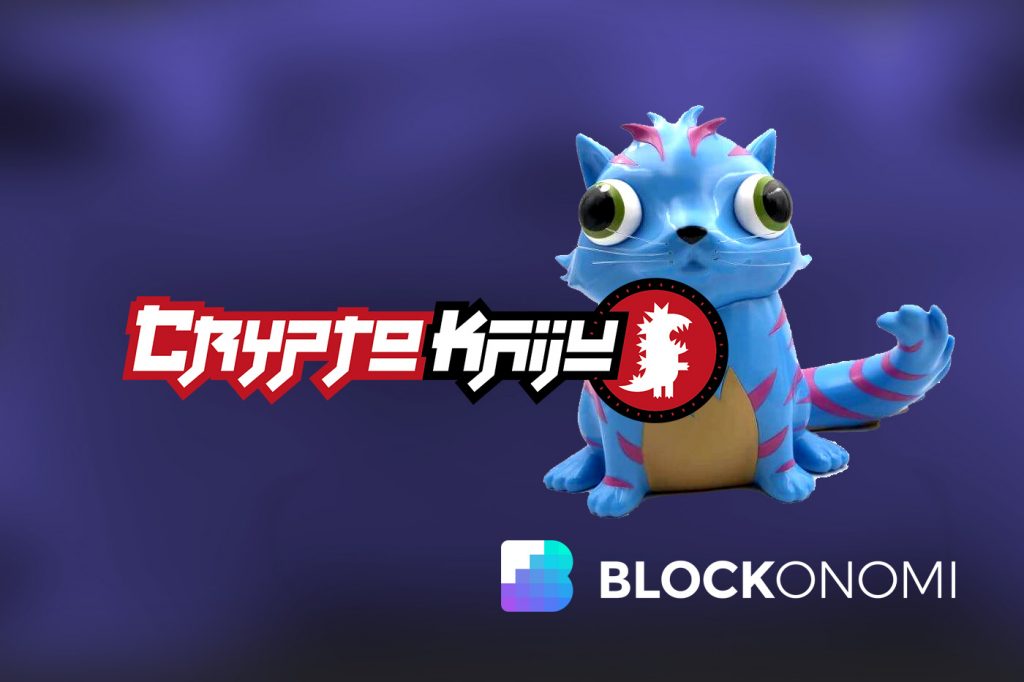 Now, CryptoKaiju has created new and larger CryptoKitties figurines under the grace of a Nifty License from Dapper Laps, the creators of CryptoKitties and other Ethereum dapps like Cheeze Wizards.

The latest limited edition vinyl toys will be 7.5 inches in size and available in blue and pink colors. Like its predecessors, the new CryptoKaiju will rely on near field communication (NFC) labels and non-fungible tokens (NFT) to link every toy with an associated CryptoKitty on the Ethereum blockchain.

Each of the associated NFTs hold unique metadata about the owner’s digital collectible, such as when it was born and its in-game personality traits. The physical figurines’ pre-sale began on August 2nd, with units shipping out in September. 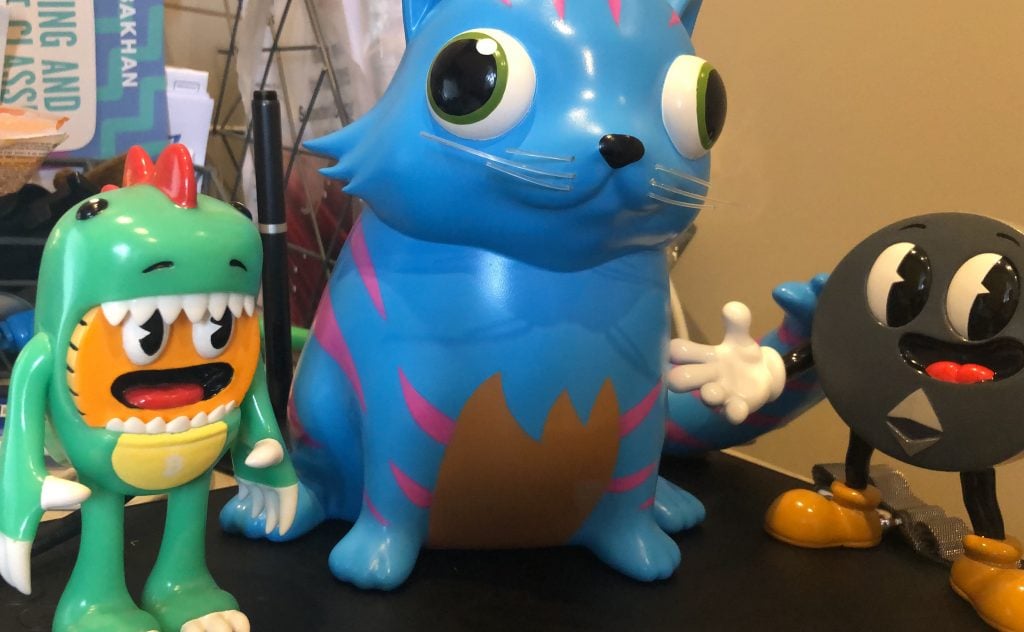 The new CryptoKitties Kaiju toy alongside the Genesis and Jaiantokoin collectibles. Image via Crypto Kaiju

As CryptoKaiju founder Oliver Carding said on the news, the meld between a real-world collectible and a tradable digital collectible highlights the interesting innovations currently being made possible in the cryptoeconomy:

“We strive to keep every new batch of Kaiju fresh, adding something different each time to add value for our amazing community and ever since launching we’ve wanted to collaborate with some of the amazing companies in the space. When we approached Dapper Labs with the idea in April, they thought it was cool and talked us through how it could work with their NFT license. I am extremely pleased with the results, this latest Kaiju is our best yet and the whole process truly is a testament to the amazing creativity and collaboration happening in this space at the moment.”

It’s no surprise a real-world toy is being made related to the CryptoKitties franchise, as the dapp has been among the most recognizable in the Ethereum ecosystem since it exploded onto the seen back in 2017.

Cryptonians! My friends @VitalikButerin & @ElonMusk were trying to decide what to build on @Ethereum. I’ve been waiting & waiting

I finally decided to do something myself. Join me!

“Mattereum is weaving the digital and physical together in a new way. Today we verify that assets are genuine. Soon, we will showcase our blockchain systems for effortless, elegant trade, transfer, track and trace, even physical search. It comes from a new way of thinking about how computers can upgrade physical matter into something more conceptual, more responsive.”

The Use Cases Are Plentiful, Just Consider Gaming

In the context of gaming and tokenization, replace “real-world objects” with “in-game objects” and the prospects for innovation remain the same.

Consider EPIC’s explosively popular Fortnite gaming series, for example. A huge aspect of Fortnite is the incredible array of customizable gear that players can buy in its virtual world.

But these digital troves will stay stuck in Fortnite if EPIC creates a follow-up to the game. That is, unless the company turns to blockchain tech to let players provably bring their in-game gear to future installments.

Of course, EPIC hasn’t announced any such plans. But it’s definitely possible to envision how they could do so if they decided to.