As much as people have come to distrust mainstream media, these outlets have begun to increase the frequency of their cryptocurrency coverage as the Bitcoin price has returned with a vengeance.

In fact, earlier this year — around the crypto market’s latest local top — CNBC covered Bitcoin during three televisions segments in a single day, showing that the cryptocurrency had once again become a topic of interest for investors.

CNN, it seems, is hopping on the crypto gravy train. According to CNN anchor Julia Chatterley, the outlet’s “First Move” is now hosting a week-long series on this industry that has been fittingly dubbed “Crypto Crazy”. On Monday, Chatterley brought on prominent analyst and podcaster Luke “Venture Coinist” Martin to talk Bitcoin. 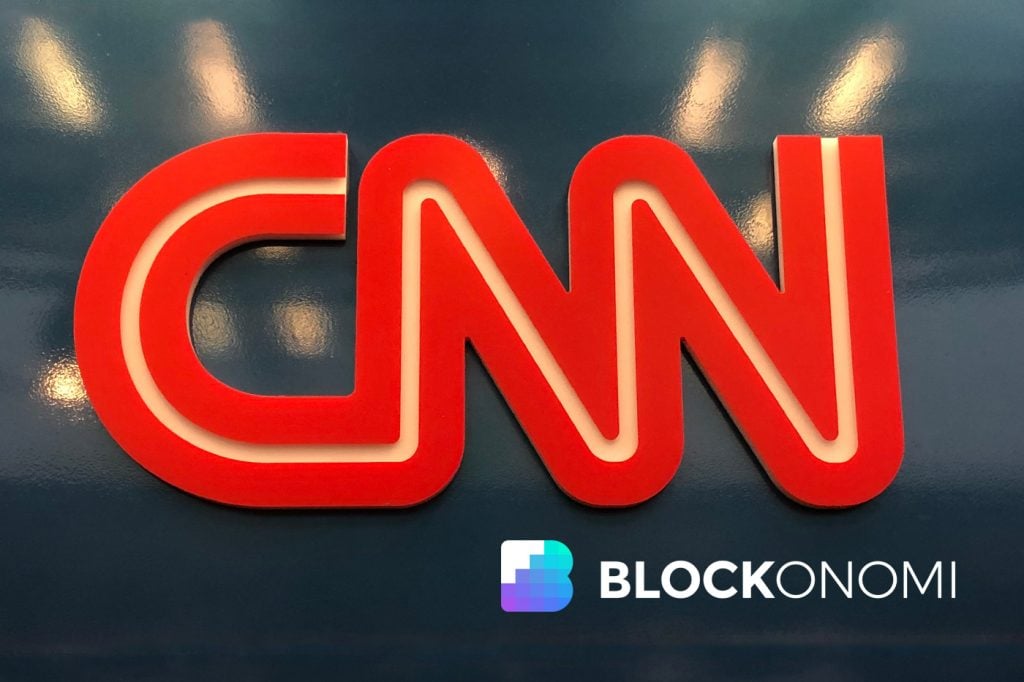 According to Chatterley, cryptocurrencies, just like the “cryptic” root of their name implies, are hard to understand and comprehend for most individuals not involved in either technology or finance. As such, during the segment, the host directed Martin to “separate crypto fact from fiction” to debunk popular misconceptions about the industry.

The analyst mentioned many misconceptions likely brought about by mentions of this asset class by President Donald Trump & Co — including the idea that regulations will kill cryptocurrencies and the theory that this asset class, not fiat money, is perfect for criminals to utilize. Martin also touched on Bitcoin’s outperformance, the security of blockchains, and the fact that Bitcoin transaction costs “are actually much lower than competing” projects.

Although the segment likely went over the heads of many viewers — a majority of CNN’s viewership consists of baby boomers, according to this one PEW Research study —  Martin’s appearance and the “Crypto Crazy” segments to come should help to bring further credibility to this industry.

Day 1 of #CryptoCrazy week on @firstmove – great convo with Luke Martin @VentureCoinist helping separate crypto fact from fiction & debunking some of the most popular misconceptions! pic.twitter.com/wiIQSbJVRR

While Martin’s segment was likely broadcast to tens of thousands of consumer viewers via live television and social media streams, data shows that there is still a large absence of retail investors currently involved in Bitcoin.

As reported by Blockonomi previously, TokenAnalyst has confirmed that the number of unique addresses sending Bitcoin to known platforms like Binance and BitMEX has been on the decline. In fact, the number of addresses using Bitfinex has reached a two-year low; Binance has seen incoming Bitcoin transactions fall to early-2018 levels. Sid Shekhar, the co-founder of TokenAnalyst, said the following on the statistics:

“[The low number of incoming transactions suggests a] lack of retail interest in general currently in crypto. If we go by the ‘Bitcoin as safe haven in times of recession’ narrative, the number of new users/buyers should actually be increasing.”

Multi-faceted crypto data platform The TIE corroborated this. The analytics firm explained to Twitter that the NVTweet (network value-to-tweet) Ratio — which is defined by the following equation, Network Value divided by one million divided by the 30-day average volume of “Bitcoin” tweets — hit an all-time high of 6.84 in late-June, when BTC was approaching $14,000.

The TIE wrote that this statistic, coupled with the trend that the number of tweets regarding BTC has remained relatively flat, is a sign that retail investors aren’t influencing the Bitcoin market as much as they were in 2017.

However, it should be clear that cryptocurrencies are starting to finally seep back into the mainstream consciousness, albeit at a very slow pace. Case in point, Didi Taihuttu, the dad of a family that sold all their worldly belongings for Bitcoin, recently posted to Twitter that a sign in a public square in Istanbul showed the Bitcoin price alongside the value of the Dollar and the Euro. While this may seem irrelevant, Marty Bent wrote in response to the video that this is a sign “Bitcoin has slipped into the psyche of the masses.”