Like it or not, crypto is used for crime.

While mainstream media likely exaggerates their reports on Bitcoin-enabled crime, especially when they say everyone in the industry isn’t above board, these decentralized forms of money have found use in non-kosher scenarios.

As reported by Blockonomi previously, Ciphertrace recently found that aggregate losses incurred by investors and firms due to cryptocurrency crime have reached $4.3 billion in the first half of 2019. A similar report from Chainalysis found that in 2019, dark web transactions made with Bitcoin, Monero, and other digital assets will amount to at least $1 billion. 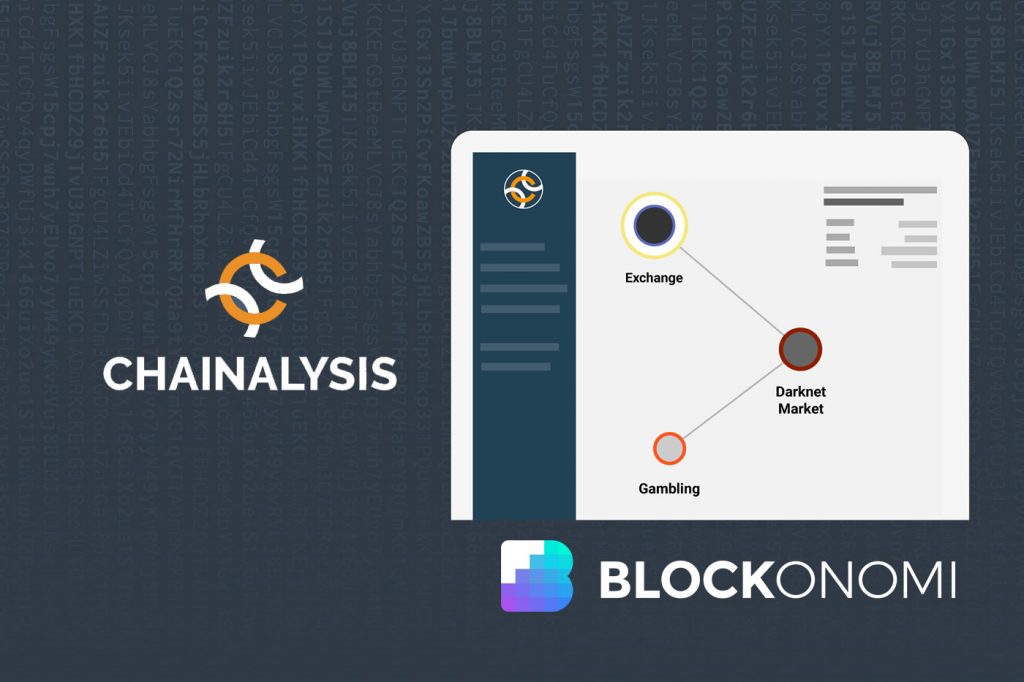 On Thursday, Chainalysis, the blockchain analysis unit, unveiled a “Know Your Transaction (KYT) alerts” solution. The gist is to allow “cryptocurrency businesses and financial institutions”, especially exchanges dealing with digital assets, to “mitigate exposure to regulatory and reputational risk by helping compliance teams focus on the most urgent activity and enforce compliance policies while better allocating resources.”

So here’s how it works: when Chainalysis discovers a transfer/transaction that “involves a risky counterparty” and is of a suspicious value, it will send an alert to the client.

To find questionable transactions, the firm will weigh the category of transaction, the parties on the end of the transaction, amount, direction of funds, among other factors to determine what level of alert to send out.

Alerts are available for 15 cryptocurrencies, including Bitcoin, Ethereum, Litecoin, Tether, and some ERC-20 tokens. John Dempsey, VP of Product, Chainalysis, accentuated the importance of KYT alerts in a press statement:

As lawmakers and regulators focus their attention on the industry, it is more critical than ever that cryptocurrency businesses demonstrate compliance best practices… very minute counts when managing exposure to sanctioned entities, hacked funds, darknet markets, and other illicit activities, which is why Chainalysis is investing in fast, actionable alerts to help our customers mitigate risk across cryptocurrencies.

While it isn’t clear which firms, agencies, or individuals will be adopting KYT alerts from the get-go, there’s one great and pertinent use case that this writer has thought off: deterring the laundering of funds gained through PlusToken.

For those who missed the memo, PlusToken is an Asia-centric crypto scam that has purportedly gathered billions of dollars worth of Bitcoin, Ethereum, EOS, and other digital assets. Recently, the founders of the scheme, which marketed the project as a wallet that generated high-yield returns, exited, attempting to run away with a purported 200,000+ BTC and nearly one million ETH stash.

Six ringleaders were caught, but the scheme’s known addresses continue to see outflows. Industry commentator and investor Dovey Wan has claimed that PlusToken’s remaining team members are sending “50 to 100 BTC” blocks to exchanges to presumably cash out and live on the stolen funds.

Chainalysis’s product release is actually quite timely. Per previous reports from Blockonomi, U.S. Secretary of State Mike Pompeo told CNBC this week that anonymous/pseudonymous transactions that cryptocurrencies can enable do pose a security threat or “risk” to America and its allies. To back his point, the Secretary of State cited the 9/11 attacks, which is something that Congressman Brad Sherman did to bash Libra last month:

“We know this from 9/11 and terror activity that took place in the 15 years preceding that where we didn’t have good tracking, we didn’t have the capacity to understand money flows and who was moving money.”

Pompeo thus argued that “electronic financial transactions” should be regulated by the same laws that preside over a global payments platform like SWIFT. Chainalysis’s latest product is likely to help with such regulation.

So while KYT alerts aren’t the end all and be all of cryptocurrency surveillance and regulation, it is a step in the right direction in the eyes of global governments.