Earlier this week, everyone had their hopes up about Bitwise Asset Management’s Bitcoin exchange-traded fund (ETF) application.

As reported by Blockonomi, Matt Hougan, managing director and global head of research at Bitwise, said that he believes that developments with cryptocurrency custody, industry insurance, and regulatory clarity have brought Bitcoin closer to an ETF than ever before:

“Two years ago, there were no regulated, insured custodians in the bitcoin market. Today, … there are big names like Fidelity and Coinbase [with] hundreds of millions of dollars of insurance from firms like Lloyd’s of London … Today, we have $200-plus million in volume and regulated futures every day.”

On Wednesday, the Securities and Exchange Commission (SEC) finally issued a verdict after months of waiting and delays. And unfortunately, it wasn’t all too pretty for Bitwise. Announced through a 112-page order published on Wednesday afternoon, the SEC has “disapproved” the ETF application from making it through its tough regulatory gauntlet. 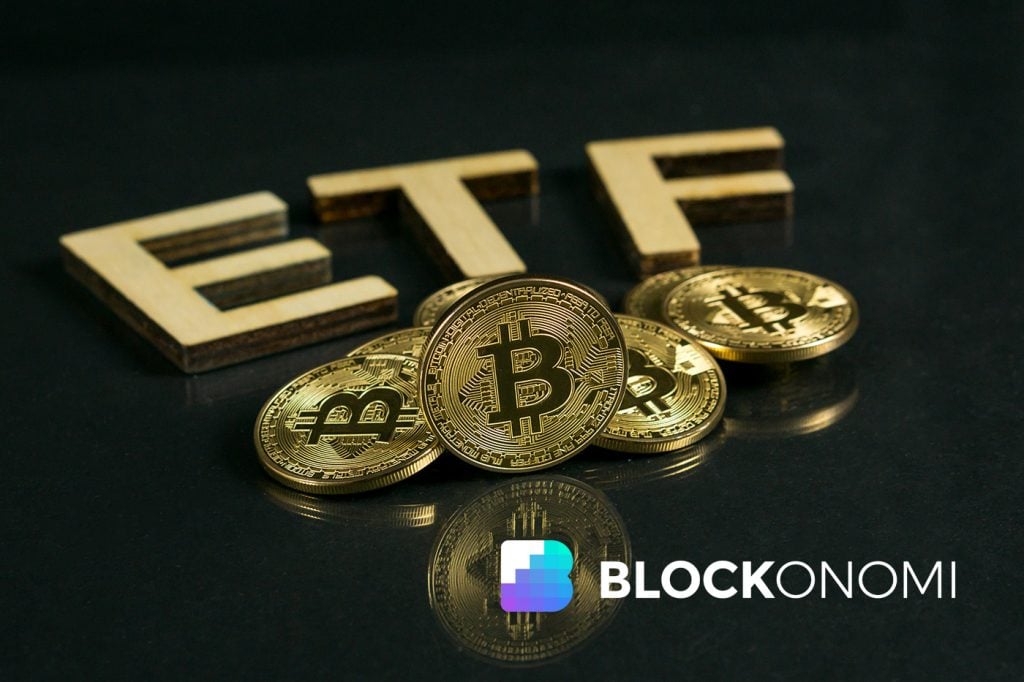 Despite this, Bitwise doesn’t seem to be all too disheartened. On the contrary, really.

In a press release and Twitter thread published in the wake of the SEC verdict, Bitwise made it clear that it isn’t bowing out of the Bitcoin ETF race. Hougan said that his team will “re-file as soon as appropriate,” before adding that the disapproval is a byproduct of “novel exchange-traded products” and the tacit requirement that they need to be subject to “multiple years of regulatory engagement.”

Indeed, entering financial markets, especially one as regulatory stringent as the U.S., takes time and the investment of human and financial capital.

Hougan concluded on a positive note, reminding the Bitcoin market that the SEC’s concerns regarding the cryptocurrencies markets will be satisfied within a matter of time, as long as research and effort is thrown at this cause:

“While we were not able to satisfy the SEC’s concerns inside the statutory 240-day review window afforded these filings, and while they have identified the need for additional data and context to interpret our key findings, we are pleased with the progress that the industry has made and believe that, with additional research and continued progress in the broader ecosystem, the remaining concerns and challenges raised in this order will ultimately be satisfied.”

While Bitwise has kept its head up high in the wake of the SEC’s verdict, analysts have said that the denial has more implications than many in the Bitcoin community may realize.

Compound’s general counsel, Jake Chervinsky, in fact, pointed out that the denial order “reads like a damning indictment of Bitcoin’s market structure.”

Indeed, as Arca’s Philip Liu, a securities lawyer, asserted in his own thoughts on the order, the SEC was “unconvinced on all fronts” in regards to the state of the underlying Bitcoin market.

Liu said that the SEC’s comments confirmed that the agency’s commissioners are not convinced that Bitcoin is unsusceptible to price manipulation, presumably due to the international nature of the cryptocurrency market.

Read through the @BitwiseInvest ETF rejection (https://t.co/Ez6wUVonjs). That was a point-by-point takedown of the whole application. The SEC was unconvinced on all fronts. Focused exclusively on manipulation of prices and nothing on custody. /1

A prominent pseudonymous cryptocurrency market commentator, Rptr45, said that the denial order is even worse than what Liu mentioned.

They stated that not only was the ETF rejected but “there’s a strong chance that Bitwise set the entire industry back” with its publication of the much-ballyhooed study that 95% of Bitcoin trading volume is fabricated/wash trading.

Rptr45 said in a sweeping Twitter thread that Bitwise’s report proves that “the inability to gather comprehensive market data has made proving the existence of fake volume on exchanges in a comprehensive manner difficult.”

In other words, he believes that Bitwise’s methodology in gathering data actually shows that this market has more holes than cryptocurrency investors previously knew. This, if true, makes it even less likely that the SEC will approve a Bitcoin ETF in the near future.

0/ Looking at the @BitwiseInvest $BTC ETF rejection it’s clear this team was either ill advised or completely ignorant about the ETF application process. Shocking how little the crypto community ever helps itself out in the quest for legitimacy.