Looking at the global chart you can see that the evaluation is on an upward trajectory with the yesterday’s lows being a retest of the minor uptrend resistance line support before some further increase was made. Since today’s high exceeded the yesterday’s and the evaluation is currently starting to show signs of a top we are likely going to see a retracement back to the minor support line at first and then I would be expecting to see a breakout from the downside. 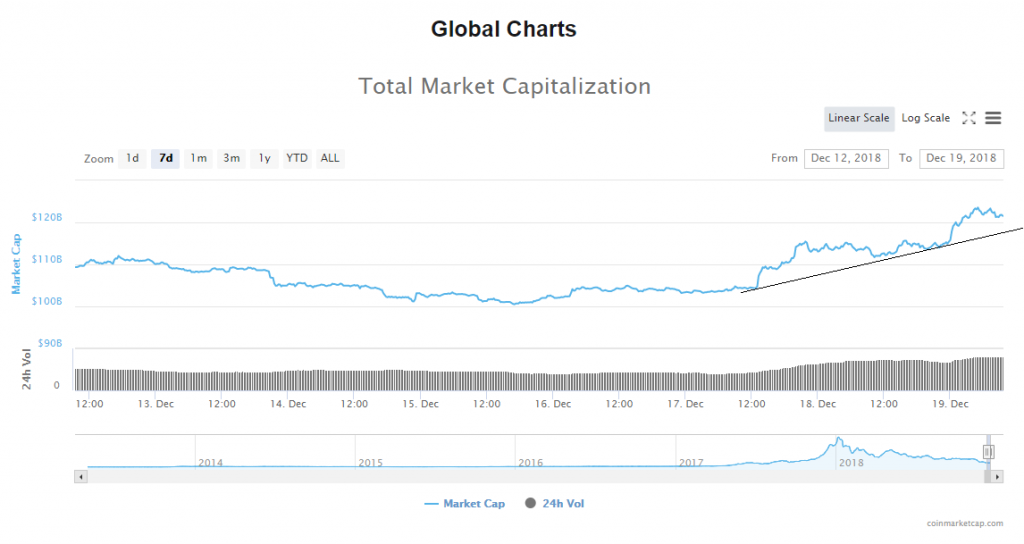 Bitcoin’s market dominance has decreased by around 0.7% from yesterday’s open. 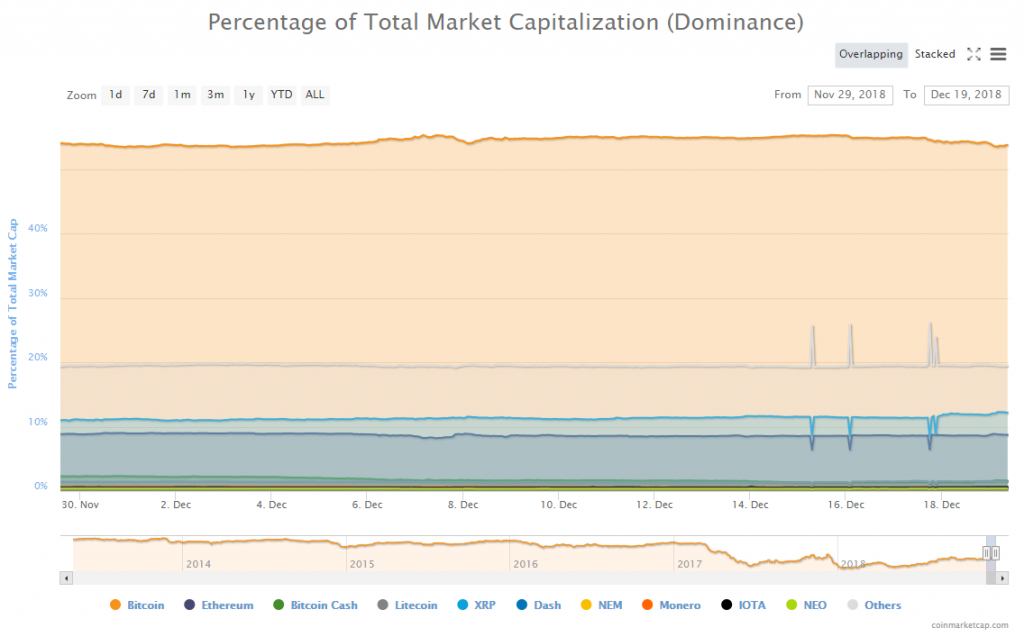 Looking at the hourly chart you can see that the price action is in an upward trajectory still but judging by the Elliott Wave count it won’t be for much longer since the price has recovered by 19.78% in one go measured from the December 15th low at $3237. When the price started increasing from there it has broken some significant resistance lines like the bold black line which is the downtrend support line as well as the horizontal level at $3493, and if the price is to continue its upward trajectory a retest of support is needed for a sustainable move. The further the price goes without this support establishment the higher the likelihood that it is not going keep up its upward momentum.

Zooming into the 15 min chart you can see that I have counted the sub-waves of the last 12345 Minute impulse wave, and as you can see it implies that another minor increase is to be expected.

The target for the increase would be slightly below $4000 which is the minor range support which now serves as a horizontal resistance line. After the interaction, I would be expecting more downside for the price of Bitcoin as the current upward move is only the Y wave from a WXY correction, which means that after it ends a trend continuation will proceed.

Zooming out to the 4-hour chart you can see that I have readjusted my labels and I have accounted for the whole move from 28th of November when the price of Bitcoin was at $3755 as a WXY correction which happened after the price fell down in a 12345 impulsive manner.

The purple line is the W wavelength projected on the current Y wave in order to come up with the target, and as you can see the target matches my previous one which is at $3994.

For these reasons, I believe the price of Bitcoin is going for a one more high before continuing its downward trajectory.

Bitcoin is in the buy zone.

Why The Double Top Narrative In Bitcoin Doesn’t Make Sense