Blockchain has a lot of potential. The first decade of decentralized token platforms has been successful by any measure. Solana is working to create solutions that will allow decentralized blockchains to become a global system that can replace existing major data systems. 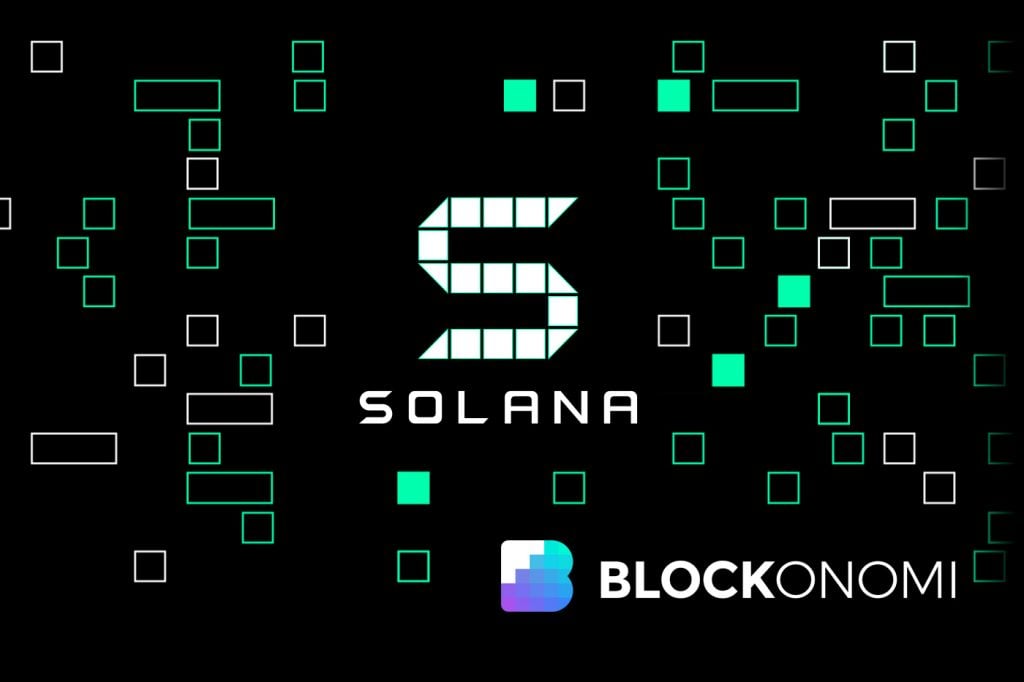 Bitcoin was one of the biggest breakthroughs in data storage, but it probably isn’t going to be the platform that creates a decentralized global settlement system. Like many of the blockchains that exist, it simply can’t settle transactions fast enough to be scaled in to a global platform.

Solana has a good solution to the scalability dilemma, and it also has some other great ideas that could help blockchain enter its next phase of development.

Bitcoin was one of the biggest breakthroughs in data storage, but it probably isn’t going to be the platform that creates a decentralized global settlement system. Like many of the blockchains that exist, it simply can’t settle transactions fast enough to be scaled to a global platform.

Solana has a good solution to the scalability trilemma, and it also has some other great ideas that could help blockchain enter its next phase of development.

Solana was founded in 2017 by Anatoly Yakovenko, a former executive at Qualcomm vast experience working with decentralized and distributed systems, alongside working on compression algorithms for Dropbox.

Anatoly joined forces with CTO Greg Fitzgerald and Chief Scientist Eric Williams to create a trustless and distributed protocol that encodes the passage of time within the data structure and allows higher scalability than common layer 1 blockchains.

In July 2019, Solana secured a $20 million funding round led by Multicoin Capital.

Solana has created eight key innovations that may change how blockchain is implemented as a decentralized system. It has identified Proof of History (PoH) protocol as a valuable system to measure time, integrated it with Tower Byzantine Fault Tolerance as an enforcement mechanism and completed the consensus protocol with Proof of Stake as the core of its platform.

By using PoH, which is a high frequency Verifiable Delay Function, Solana hopes to eliminate the issues which have given rise to other potential solutions, such as sharding.

A Verifiable Delay Function requires a specific number of steps in sequence to evaluate, but it produces an output that is unique. The output can be efficiently and publicly verified, which makes it a viable way to create a time-stamp on a blockchain.

According to the company:

“Solana’s specific implementation uses a sequential preimage resistant hash that runs over itself continuously with the previous output used as the next input. Periodically the count and the current output are recorded.

For a SHA256 hash function (also Bitcoin’s hash algorithm), this process is impossible to parallelize without a brute force attack using 2¹²⁸ cores.

We can then be certain that real time has passed between each counter as it was generated, and that the recorded order of each counter is the same as it was in real time.”

The use of the PoH ledger allows a user to compute the state of all the nodes, but it also works with Solana’s version of PBFT (Practical Byzantine Fault Tolerance) to leverage PoH as the network’s clock, thereby improving efficiency over a system that would require another means of timekeeping. Because the ledger is the clock of the network, Solana can encode the PBFT time-outs in the ledger.

That means that through TowerBFT, Solana’s PoH clock can be integrated to the data structure of the blockchain, and mainly act as the network’s police. TBFT ensures no Validator (a block-producing full node) is able to vote for two separate forks of the blockchain at the same time. If an attempt is detected, the malicious Validator will be penalized and have his stake slashed.

This is what allows Solana’s blockchain to scale parallelly and not linearly.

The Proof of Stake

Lastly, Solana’s consensus protocol is fully complete by having the Proof of Stake (PoS) rules of the network. So far we have Proof of History as the network’s clock, and TBFT as the clock-police, ensuring all network participants are bound to the same time.

Its Proof of Stake is a permissionless system, with entry barriers such as hardware and bandwidth. Those who wish not to invest funds in expensive hardware in order to become a Validator, can become a Delegator.

A Delegator can vote for a Validator by staking to his account, and earning interest from the block rewards, thereby incentivizing any network participant to have his unused funds staked.

Solana’s block production schedule is determined by the rotating leader schedule, which is set according to his proportion of the total stake in a given time frame. If, for example, the network comprises of 5 Validators staking 20% of the network’s tokens, they will each produce 1 of 5 blocks. However if one had 60% and the rest would be sharing 40% staking pool, the leading Validator will produce 60% of the blocks in the coming timeframe.

Rewards for block production will be paid by both inflation, that is expected to reduce over time, and by transaction fees.

The novel use of PoH, TowerBFT and PoS aren’t the only innovations that Solana is bringing to the table. The company has also created other viable systems that address some of the shortcomings in the first generation of decentralized blockchains.

Solana estimates that its blockchain will create 4 petabytes of data on an annual basis. This will require than any full-node operator to have a substantial amount of computing power and may act as a barrier to entry.

To address this, Solana has created Archivers, which will help to decentralize the node structure of the network. Archivers are nodes who receive an incentive to hold some, but not all, of the blockchain’s information. Archivers will have to show Proof of Replication, and that they are storing data.

Solana plans to incentivize full nodes with 3% of SOL inflation (yearly), which is a clear benefit over Bitcoin. Although Bitcoin is the most valuable blockchain in the world when measured by market cap, full nodes aren’t incentivized.

Turbine is Solana’s block propagation protocol, and it was inspired by BitTorrent. Turbine is Solana’s answer to the Scalability Trilemma. The amount of time it requires to propagate all blockchain data to all nodes can be a major hindrance to scalability, because of the lack of bandwidth.

Solana thinks that the answer is to break the data down into packets, which is how BitTorrent distributes huge files with relatively small amounts of bandwidth. Turbine leverages the entire network to move data and allows nodes to do more with less.

Solana thinks that parallel validation can be applied to smart contracts, and that the entire network can benefit from gains in efficiency.

It is clear that Solana has created an integrated blockchain platform that offers up well thought out solutions to some of the biggest issues that decentralized blockchains face as they grow in popularity.

Solana also has a token, called SOL, which can be passed to nodes on the Solana blockchain for running an on-chain program or validating its output. The total amount of SOL tokens is limited to 1 billion, although fractional SOL transactions are allowed by the network.

Solana Could Make a Big Impact

Solana is working to create scalability solutions for decentralized blockchain systems, and it has addressed some of the biggest issues that decentralized platforms face. By removing sharding from its design, Solana makes network-wide validation faster, and potentially more secure in the long-run.

The Solana blockchain has the potential to match a platform like Visa, without any sort of centralized system. The non-linear architecture that Solana employs may force other blockchain developers to rethink linear blockchain systems, due to their inherent limitations.

Proof of History (PoH) protocol is an interesting way to remove the problem of time from a blockchain, and the system that Solana may be successful in creating a global relative time standard for decentralized blockchain operations.